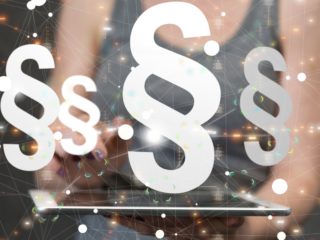 The Bundestag inserted the so-called cyberbunker clause into the Code of Criminal Procedure (StPO) on Friday morning at 12:26 a.m. In the future, the police will be able to search apartments, business premises and property at night in order to catch computers and IT systems while they are running and thus be able to copy and confiscate unencrypted data. The MPs decided on a corresponding reform of the StPO with the votes of the CDU / CSU and SPD. The Left and the Greens were against it and called for a moratorium, while the AfD and FDP abstained.

The amended Paragraph 104 of the Code of Criminal Procedure allows searches to be carried out between 9 p.m. and 6 a.m. “if certain facts give rise to suspicion” that “an electronic storage medium that could be used as evidence will be accessed”. Another prerequisite is that otherwise “the evaluation of the electronic storage medium, especially in unencrypted form, would be futile or significantly more difficult”. Until now, such disturbance of the night’s sleep was only permitted in the case of imminent danger, for “red-handed persecution” and for apprehending an escaped prisoner.

“In areas of offense that are mainly committed through the use of computers and the like, the investigative authorities are increasingly faced with the problem that the perpetrators protect their data carriers from being accessed by the law enforcement authorities through the use of encryption technologies,” explained the CDU / CSU and SPD corresponding change to the government draft. If the decryption does not succeed and the accused does not show himself to be cooperative, a “digital forensic evaluation” will be prevented. It is therefore of great importance to seize data carriers in an unencrypted state, if possible.

Some courts have already passed resolutions for searches during the night, “because certain groups of perpetrators are viewed as very nocturnal” and the accused should be found on the “open PC” during this time, the coalition said. However, there is no uniform case law on this, so the procedure should now be expressly regulated. The “special need for protection of the night’s rest” is taken into account: The circumstances of the individual case would have to be examined.

Rhineland-Palatinate had previously advocated such a clause in the Federal Council. The state’s justice minister, Herbert Mertin (FDP), justified this mainly with the cyberbunker procedure and similar situations. The computers would have to run when there was an access, which is often the case with Internet criminals at night.

The The legislature also creates a uniform legal basis, with which the police and other security authorities such as customs are allowed to use automated number plate reading systems (AKLS) in public traffic areas for search purposes. The data can then be compared with license plates of vehicles that are registered on the accused or on liaison persons or are used by them. The condition is that there are “sufficient factual indications” for a criminal offense of considerable importance.

Contrary to demands from the Federal Council and public prosecutors, the government factions initially refrained from releasing the tool for further investigations. A constitution-compliant design of the associated driver data storage seems to them at least conceivable. Before doing so, however, the prerequisites would have to be carefully checked and experience with the power that is now coming must be evaluated.

Under Paragraph 95a of the Code of Criminal Procedure, investigators will in future be able to access electronic evidence such as e-mails or chats stored with the provider, the content of a user account in a social network and data in the cloud, sometimes secretly. The main focus here is on criminal prosecution “in the areas of child pornography, trafficking in weapons, drugs, stolen goods and other prohibited items both on the Internet and in the so-called Darknet”. Experts had warned of a pond full of potential accidental finds and the glass citizen.

With the amendment, the already broad catalog of criminal offenses for clandestine online searches with state Trojans and for large-scale eavesdropping will be further expanded. Corresponding deep interventions in IT systems will in future also be permitted in the case of offenses in the area of ​​human trafficking, commercial and gang-like computer fraud as well as offenses from the Foreign Trade Act and the New Psychoactive Substances Act.

The Bundestag has also tightened the rules on the seizure of mail: Criminal prosecutors will soon be able to request information from postal service providers about consignments from or to accused persons that have already been delivered or are not yet with the service provider. This is important “to ensure effective prosecution even in times of increased online mail order business”. Especially the increasing dispatch of criminal goods “via the particularly sealed off Darknet” can be clarified better in this way.