Stranger of Paradise: Final Fantasy Origin demo for PS5; dates and how to download 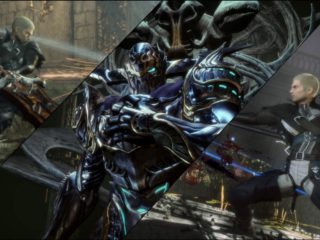 It had been rumored in recent weeks, but has now been made official at E3 2021. Square Enix and Team Ninja have once again forged ties to develop a new title set in the Final Fantasy saga. We refer to Stranger of Paradise: Final Fantasy Origin, a production that will go on sale in 2022 for Sony and Microsoft consoles, as well as for PC. However, a demo has also been announced for PS5, which will be available from today June 13.

How to download the demo on PS5 and dates

According to official information, the demo version can be downloaded from June 13, as we have already commented.or, until next June 24, so it will be limited. The trial version will be available through PlayStation Store, so that when it is available it will be enough to access the store and claim it. It should be noted that the progression will not carry over to the final version of the game.

Square Enix informs on its website that all those who participate in the trial version are invited to participate in a survey that they will forward to the game developers. It will be accessible through the game menu and will help the members of the study receive feedback on the video game.

Stranger of Paradise: Final Fantasy Origin takes us to a dark and challenging world full of monsters from the Final Fantasy saga. The protagonist is called Jack, a man who has the skills to face the creatures that dare to attack him. You will be able to use spells and different abilities, all of them channeled into a system that reminds us of the classics of the saga, the job system. We can choose between warrior, dragon and black magician, among other jobs.

The adventure has only just begun.