Study: Today’s snakes evolved from a few survivors of the asteroid that extinguished the dinosaurs 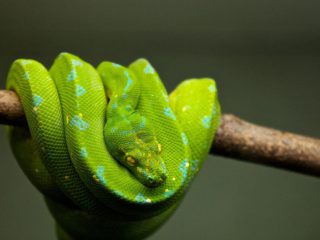 Scientists from English and German universities argue, in a recent study, that the almost 4,000 species of snakes that exist today come from a few that survived the impact of the asteroid that ended the age of dinosaurs, 66 million years ago. The investigation was published this September 14 in the journal Nature Communications.

“The destruction of biodiversity leaves room for new things to emerge and colonize new land masses. Ultimately, life becomes even more diverse than before “, appointment in a statement from the University of Bath (England) to Nick Longrich, one of the authors of the analysis, who works in the same educational and scientific center.

How did they survive and diversify?

By studying fossils and analyzing their genetic differences with respect to the vipers that exist today, the specialists came to the conclusion that if a part of the reptiles did not become history After the aforementioned crash, it was due to their ability to stay underground and do without food for a long time. In parallel, the extinction of other animals caused the surviving snakes to move to other habitats, and even to other continents. Thus, experts believe that the first of them they sneaked into the rest of the world through Asia only after the asteroid impact.

The disappearance of competitors also led to snakes beginning to diversify, with lineages such as vipers, cobras, garter, tree and marine snakes, pythons, boas.

In parallel, the experts found evidence of a second wave of diversification, which took place at a turning point in Earth’s history, when the planet entered the Ice Ages.