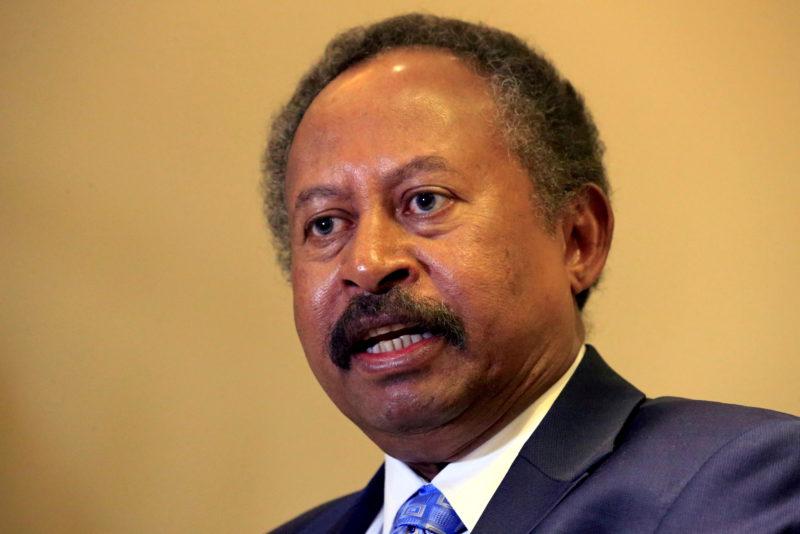 Hundreds of thousands of people have mobilized again in recent days in various cities of Sudan, including the capital, Khartoum, against the takeover of power in the country by the military since its coup in October and its controversial agreement signed a month later with the deposed prime minister, Abdallah Hamdok, to reinstate him in office. The massive protests have exposed the meager legitimacy of the pact and the minimal support available to Hamdok, who faces serious difficulties in implementing the new roadmap and trying to enforce it.

The general who led the coup, Abdel Fattah Al Burhan, signed with Hamdok at the end of November a controversial pact that reviews, in favor of the military, the bases of the democratic transition that began in Sudan in the summer of 2019, shortly after the fall. of former dictator Omar Al Bashir. The agreement justifies the execution of the coup to ensure the stability and unity of the country. And beyond the reinstatement of Hamdok, which the opposition generally considers co-opted, the text contains only vague concessions, such as an imprecise commitment to free political prisoners.

Hamdok’s bet, however, has been rejected by all the main social, union and political groups in Sudan, who have expressed their opposition to any kind of negotiation or compromise with the military, leaving the former totally isolated. These organizations include the Forces of Freedom and Change, the broad political alliance that Hamdok came from, and up to 12 ministers from this coalition who were members of his previous cabinet they have presented en bloc his resignation and they have overturned their support to protests. The two biggest mobilizations that have taken place since then have taken place last Thursday and Tuesday of this week.

Despite this pressure on the streets, since signing the agreement with Generals Hamdok he has tried to carry out the concessions he extracted and has taken steps to try to demonstrate his power and ability to act independently. In this sense, Hamdok has announced that all the dismissals and appointments made by the military junta from the coup until their reinstatement, including figures from the Al Bashir regime, will be reviewed and those still pending will be canceled.

Hamdok too has relieved of his charges to the Director General of the Police and his deputy, but on the contrary, he has avoided pointing out members of the Army or paramilitary groups involved in the harsh repression against protesters since the day of the coup, which has left at least 43 dead, according the Central Committee of Doctors of Sudan. Although not linked to his reinstatement, Hamdok’s return was also accompanied by the reinstatement of Internet connection in the country after several weeks of severe interruptions.

The prime minister has simultaneously achieved the release of a hundred political prisoners detained since the coup, as confirmed by the African Center for Justice and Peace Studies. Among them are most of the best known, such as Jaled Omar, a former Minister of Executive Affairs, and Mohamed El Faki, a member of the former Sovereign Council, who acted as Head of State in the transition. Others, however, remain in detention, and arrests of protesters and activists have not ended, according to has criticized the Sudan Professionals Association. Hamdok has also not yet been able to form a new government, a delay some interpret as a reflection of his scant support.

In addition, human rights groups have denounced that the violence of the security forces has not stopped, although their brutality has decreased since the pact with Hamdok. In the protests last Tuesday there was a strong deployment of the police in Khartoum, which used powerful tear gas, sound bombs and selective arrests to try to break up the marches, according to the Central Committee of Physicians, which was able to confirm at least 98 injured people and that the security forces they robbed a hospital in the capital.