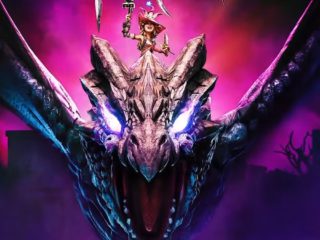 While we wait for the official arrival of E3 2021, Geoff Keighley kicks off the summer of video games with his Summer Game Fest 2021, which has featured more than 30 games and advertisements of various kinds. Did you miss the event? Here we summarize everything that has been presented.

Metal Slug Tactics and the return of the franchise, but tactical

Metal Slug Tactics is a strategy game from the famous 2D action franchise.

Hideo Kojima has come to Geoff’s call to announce Death Stranding: Director’s Cut for PS5, with a trailer in the style of Metal Gear Solid.

Jurassic World Evolution 2 is the sequel to the Frontier game, of which we already know its first details and news.

The popular Korean MMO, Lost Ark, will arrive in our territories in the fall of 2021.

Among Us adds new game modes, roles and more

Among Us announces a new hide and seek mode, new roles, colors, a new map and much more.

Salt and Sacrificed Announced for 2022

Salt and Sacrificed is the sequel to Salt and Sanctuary and will arrive in 2022 on PS4 and PS5.

Two Point Campus is officially announced and confirms its arrival for 2022.

Stranger Things and Smite join forces in this collaboration

On July 13, Smite will receive a Stranger Things collaboration in its battle pass with characters and news from the Netflix series.

The officially announced Anacrusis, a cooperative shooter in the style of Left 4 Dead

Koch Media announces a new label and multitude of games

Koch Media announces a new publishing label and a slew of games, including Payday 3 or Painkillers. Here you have all the information about it.

Vampire: The Masquerade – Bloodhunt is a vampire Battle Royale

Sharkmob has announced that Vampire: The Masquerade – Bloodhunt will have a battle royale style of play and will arrive in 2021.

New trailer for Tales of Arise

The new Tales of Arise trailer with new characters, abilities and more.

In celebration of the premiere of Fast and Furious 9, it is confirmed that the vehicles of the saga will arrive in Rocket League on June 17.

This is how these two characters will look in Overwatch 2.

Planet of Lana is a lovely new adventure

Planet of Lana is a new adventure that will be released in 2022.

Monster Hunter Stories 2: Wings of Ruin shows a new trailer of its history

Before its launch on July 9, we have seen a new trailer for the game.

The character of Nier Automata will arrive in Fall Guys on June 18, 2021.

The Summer Game Fest ends with the biggest bombshell: we finally see Elden Ring gameplay and its release date is confirmed for next January 21, 2022.