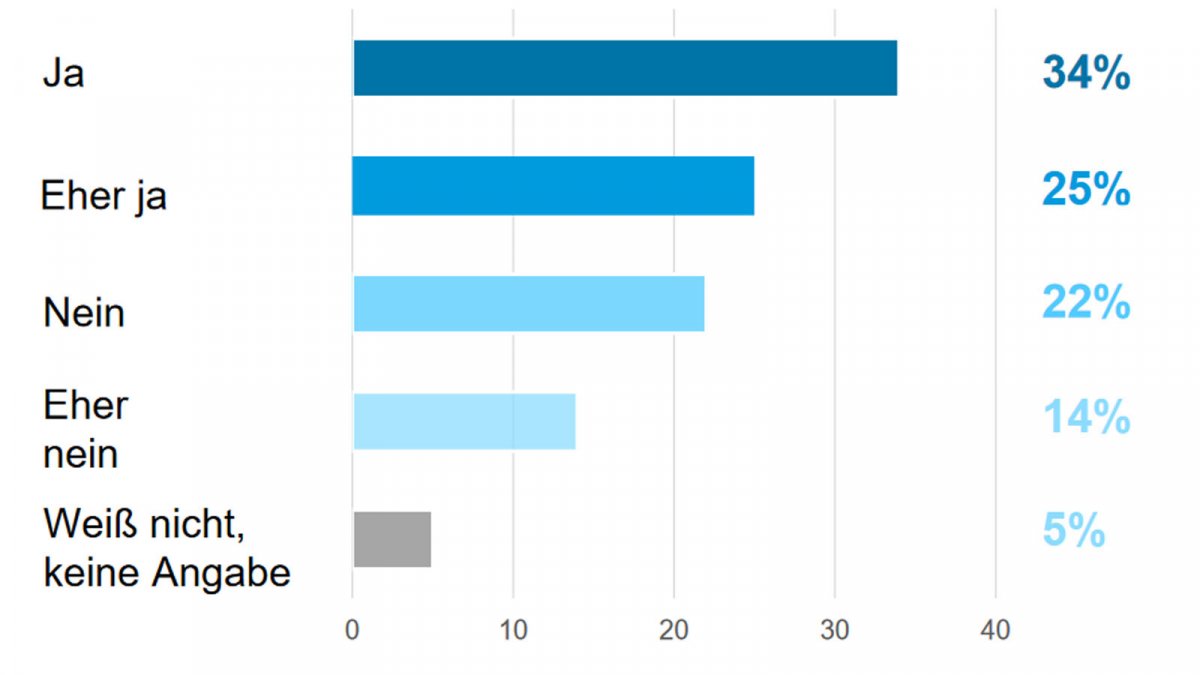 According to a survey, a slim majority of citizens are not worried that higher CO2-Prices could burden them financially too much. This is the result of a representative survey by the market research institute Kantar on behalf of the Federation of German Consumer Organizations, the results of which are available from the dpa.

According to this, 52 percent of those surveyed said they were not concerned about carbon dioxide prices, which also make fuel more expensive. On the other hand, 45 percent are worried that the price would weigh too heavily on them. Two percent gave no information.

A CO has been in effect in the transport and building sectors since January 1st2-Surcharge on oil and gas. As a contribution to climate protection, this is intended to make the use of fossil fuels less attractive, but also means higher prices for consumers, for example at the petrol pump or for heating. The price is currently 25 euros per tonne of CO2. It is expected to rise to 55 euros by 2025.

According to the survey, 59 percent said they had higher CO2– to agree to prices if a direct compensation were created – for example through a repayment to the citizens per capita (“climate check”). If the income from the CO2– If the price flows back into the state budget and does not go back directly to the citizens, only a quarter of the respondents would support price increases.

When asked about the preferred way of dealing with the income from the CO2-Preis stated that 77 percent said the money should flow into climate-friendly investments, for example in the expansion of renewable energies or in building renovation. Three quarters of the respondents (75 percent) would like the electricity prices to fall. Only a little more than half (51 percent) stated that they preferred reimbursement to citizens via climate check to all other options.