Home
Finance
Swiss National Bank monitors the evolution of the franc and is ready to intervene: Maechler

Swiss National Bank monitors the evolution of the franc and is ready to intervene: Maechler 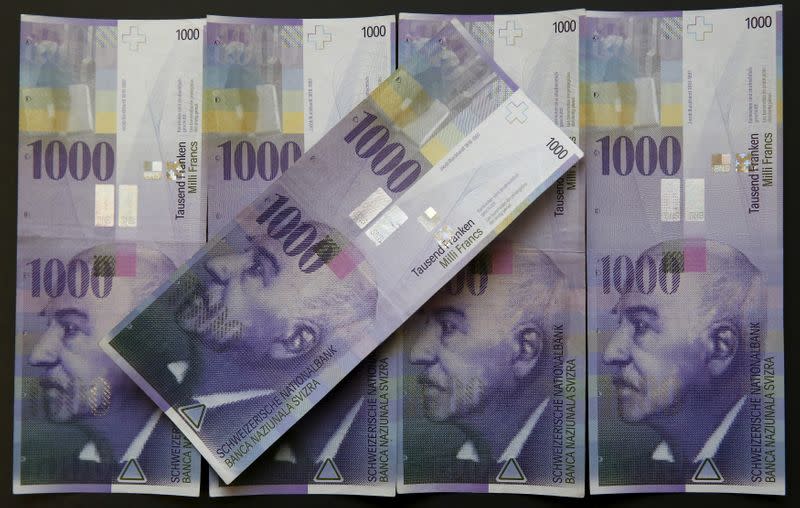 ZURICH, Nov 27 (Reuters) – The Swiss National Bank (SNB) follows “very closely” the evolution of the exchange rate of the Swiss franc to monitor its impact on the economy, and remains ready to intervene when necessary, said Andrea Maechler , one of its directors, to the RTS station.

“At the SNB, we are always ready to intervene in the currency markets if necessary,” Maechler said during the interview with the RTS Forum television program.

“We are not targeting a specific exchange rate, or a specific level or a specific rate against the euro or the dollar, but we follow it very closely to see the impact on the economy,” he added.

The Swiss franc hit its highest level against the euro in six years on Friday, with no sign of the monetary interventions the SNB has often carried out at similar times in the past.

Maechler said it was difficult for the economy to cope with sudden changes in the exchange rate, while gradual adjustments were easier to manage.

“An exchange rate is a value against a foreign currency, so it also depends on the inflation we have here in Switzerland versus inflation abroad,” he said.

The Swiss National Bank sees inflationary pressures in the current environment, he said, but whether it is only temporary remains to be seen.