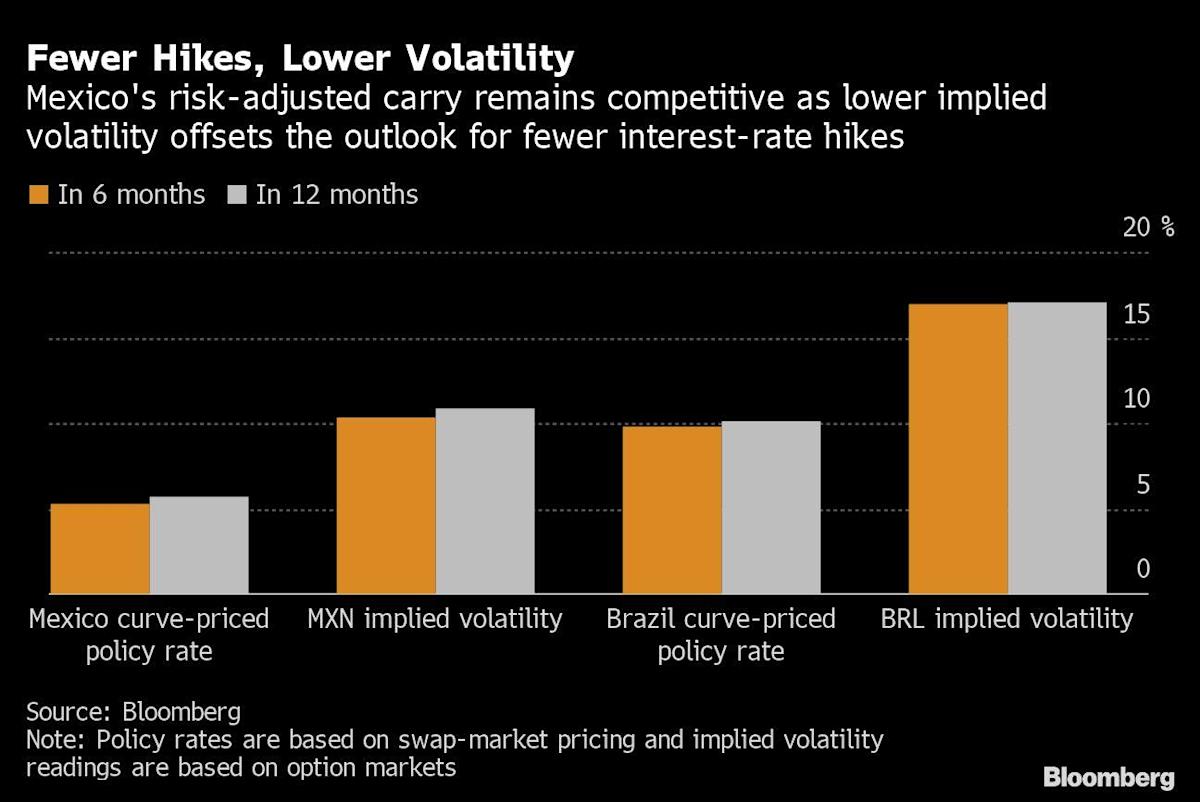 Taxes, neighborhood policy make Mexico an oasis in the region

(Bloomberg) – Mexico is proving to be an unusual island of stability for bond and currency traders, as some of its largest Latin American neighbors face mounting risks due to upcoming elections and rising interest rates.

The lack of volatility in the local market has helped the peso to strengthen 0.3% against the dollar this month, while all its Latin American peers fell. The story is similar if you take the year-to-date figures.

However, the relatively high-yield advantage that has strengthened the peso in recent years is quickly fading and disappearing. Over the next 12 months, the swap markets forecast rate increases of 200 basis points in Chile, 275 in Colombia and close to 500 in Brazil. In Mexico, on the other hand, the rate is only expected to rise 125 basis points. The salvation of the country is its boredom and the lack of volatility that this entails.

Mexico is “very stable and boring, which is a great thing,” said Danny Fang, a strategist at BBVA in New York, which favors the Mexican peso over most other Latin American currencies. The country’s political landscape “seems pretty calm, relatively speaking.”

Brazil’s benchmark interest rate has already exceeded Mexico’s, with increases of 325 basis points to 5.25% in recent months, while Mexico’s has only risen 50 points to 4.5%.

It is not difficult to find the cause of the volatility differences.