Tesla is finally about to start serial production of electric trucks 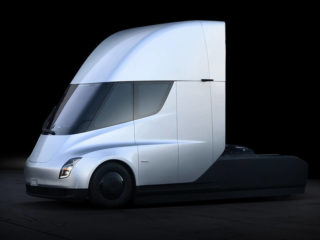 The fully electric Tesla Semi truck is finally ready for series production, despite several delays that have postponed that goal. Electrek by citing an anonymous source familiar with the subject.

According to that source, the drive axle production line is now ready, while the general assembly line receives its final debugging. This would be one of the last steps before starting the truck’s production.

The company presented in 2017 a prototype of the Tesla Semi, called to become its first electric truck. Then it announced that it would manufacture two versions, both with a load capacity of 36 tons but with different autonomies: one of 480 km and another of 800 km, approximately.

By way of comparison, the range of a conventional truck with an internal combustion diesel engine, without refueling, is about 1,500 km. Supposedly, the price of these new models would be 150,000 and 180,000 dollars, respectively.

However, the company was unable to launch mass assembly of the Tesla Semi in 2019, and the start of production was postponed first to 2020 and then to 2021.

The electric car maker has received orders for the new truck from many companies looking to electrify their fleets, including PepsiCo and Walmart.