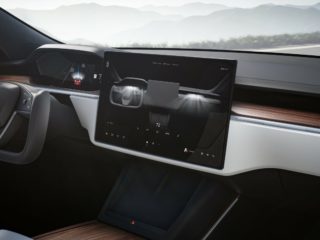 The US automaker Tesla is looking for people around the world who can test and document the autopilot of its Tesla vehicles, including the ADAS (Advanced Driver Assistant Systems) as well as the full self-driving functions (FSD) for autonomous driving . This is evident from several Tesla job advertisements. Accordingly, the ADAS test employees should work full-time. Testers are also wanted in major European cities such as Barcelona, ​​Milan and Paris.

An adequate university degree or other technical training is apparently not necessary for the job as an ADAS tester at Tesla, as a job advertisement for Barcelona shows as an example of the almost identical job offers worldwide.

Instead, Tesla relies on other skills: As a basic requirement, interested people must have a flawless vest in their traffic offenders file, drive safely and be able to control a vehicle without assistance systems and be able to navigate well. Interested parties should also have previous experience with ADAS and autopilot systems and their sensors. A basic understanding of vehicle components such as brakes and power steering as well as their function must also be present. Apparently, an “excellent attention to detail and a very high level of observation” is particularly important to Tesla.

Testing on the road under real conditions

Tesla cites the drafting of test specifications and assessment criteria for the autopilot and ADAS as tasks. According to the given test specifications, the systems are to be tested on the road in special scenarios. The test data will be evaluated using tools developed by Tesla, and triage, software problems and abnormal vehicle behavior will be analyzed. The information then goes to the development teams and test engineers at Tesla, to whom the ADAS operators are supposed to answer questions. Since the employees in the respective geographical areas work largely self-sufficient, they are also responsible for maintaining the operating condition of the vehicle and any repairs.

So far, Tesla has mainly been looking for ADAS testers for the USA to test the autopilot and the systems for autonomous driving. The traffic, the traffic rules and traffic signs as well as the driver behavior in the USA differ from those in other countries, so that Tesla is now looking to expand the tests internationally.

Tesla boss Elon Musk is also a tester of the FSD package in his vehicles. The latest version of it carried him away to the statement that a corresponding FSD system on level 5 could come from Tesla this year. Experts doubt that. Currently, the current sensor setup of Tesla vehicles is only sufficient for level 2. Automated driving of levels 4 and 5 can only be achieved gradually and can take years, it is said. Tesla vehicles have been involved in accidents in the past with the autopilot apparently activated, for example in Texas and Michigan.