‘Test, isolate and vaccinate’: New Zealand has been free of coronavirus cases for more than 100 days, breaking its previous record 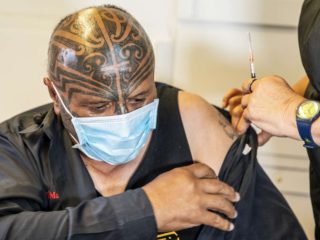 New Zealand makes news again for its good results in the fight against the coronavirus pandemic: the country has been 103 consecutive days without local cases of COVID-19. A specialist explained that the country relied on three fundamental keys to contain the second wave: permanent testing, compliance with isolations for close contacts and the advancement of the immunization campaign.

According to data from the Ministry of Health, the country did not register any case outside the isolation managed from February 28 to June 10 and broke his previous record of 102 days no community transmission, which was established in August last year.

The impressive streak was last broken when a mysterious outbreak in South Auckland, with 179 cases, whose origin remains a mystery.

Microbiologist Dr. Siouxsie Wiles told the New Zealand site Stuff that the 103-day milestone is “an opportunity to be thankful” for where New Zealand stands as a country and to thank those who do the “hard work” at the border and in quarantine and isolation facilities.

Wiles said that “we must all be prepared” in the event of another Covid-19 outbreak, as countries like Taiwan and Fiji demonstrate that New Zealand “is not immune from future cases.”

In recent days, ten cases of coronavirus have been recorded in travelers who are in managed isolation. Four of the cases, which arrived from Iraq via Qatar on May 26, will be investigated after the travelers tested positive on days 11 and 12 of quarantine.

According to local protocol, health authorities must investigate any case detected after day 3. The other six cases arrived in the last week, with routes including the Philippines, through Singapore, Russia, through the United Arab Emirates and India, through Qatar.

New infections bring the total number of active cases in New Zealand to 22.

The prime minister Jacinda Ardern, 40, vowed to get vaccinated this month after the New Zealand government obtained one million doses of Pfizer.

Last month, Ardern said he wanted to “prioritize those who are most vulnerable or most exposed, but also show that I consider it a priority and be safe.”

New Zealand’s national vaccination program is operating at a very slow pace, and it is ranked 119th in the world for the first doses distributed per capita.

“The vaccines will allow us to continue vaccinating groups 1, 2 and 3, while giving us the necessary certainty to begin the deployment of the general population as planned,” said local health minister Chris Hipkins.

Auckland the best city in the world to live

The pandemic shook the weekly ranking of the best cities to live in The Economist , with a fall in the European rankings and a rise in Australia, Japan or New Zealand due to their measures against covid-19, according to a study.

Auckland leads the study annual on the cities where life is pleasant out of a total of 140, according to the 2021 edition published this Wednesday, followed by Osaka in Japan, Adelaide in Australia, Tokyo and Wellington in New Zealand.

“Auckland climbed to the top of the rankings thanks to its successful approach to contain the covid-19 pandemic, which has allowed society to remain open and the city to have better results in terms of education, culture and environment ”, states the press release accompanying the study.

On the contrary, “European cities have had a particularly mediocre result in this year’s edition. Vienna, considered the most pleasant city between 2018 and 2020, fell to 12th place, while Hamburg, in Germany, fell from 34 to 47.