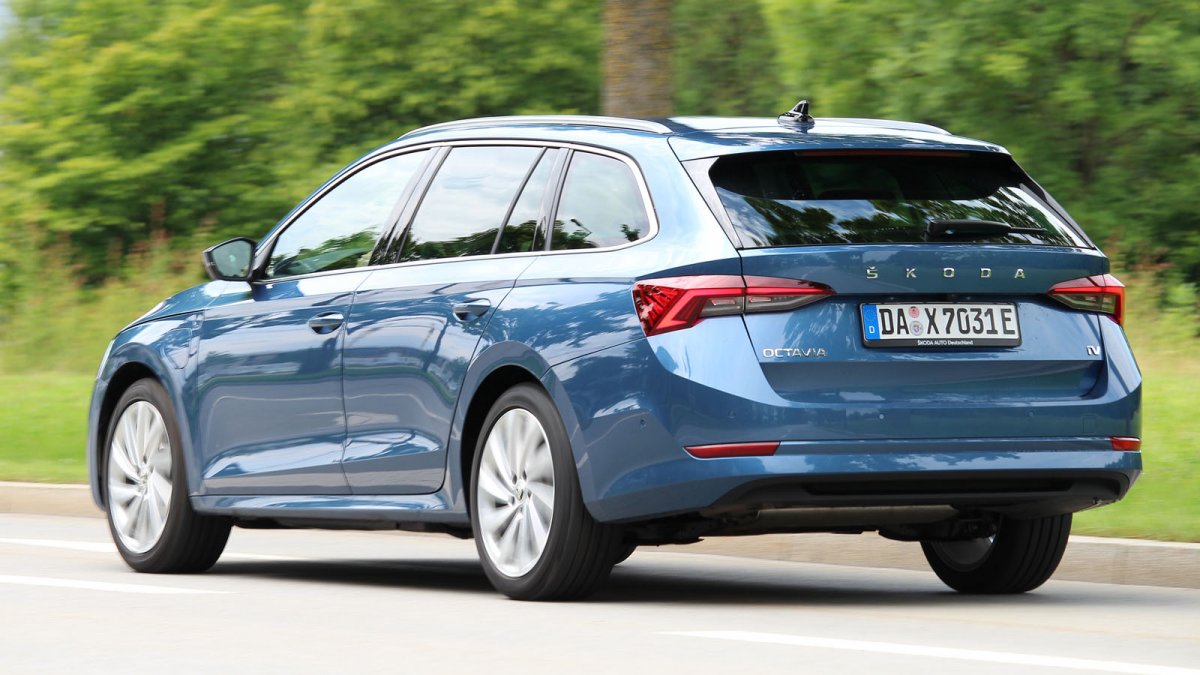 The Octavia was not only the best-selling Skoda in the past few years, it was also the ideal reason car across all age groups. Until now, it offered golf technology paired with more space for less money. Can the current fourth generation continue to authentically embody the “Simply clever” brand claim under Volkswagen’s aegis? In this regard, we remember a Fabia Combi of the generation to be replaced as a reference for an honest, successful car of reason.

In the test, the plug-in hybrid with 150 kW (204 PS) system output has to show whether the connector-bi can be a drive alternative for pragmatists. Many PHEVs from self-proclaimed premium manufacturers have sowed doubts in the past about the efficiency and suitability for everyday use of these transition technology carriers, which are apparently promoted for climate protection reasons.

A quick look at the equipment list revealed that it would not be easy for the Octavia Combi to get through in the test specification. Almost 47,000 euros list price for an Octavia Combi with fabric seats and without a sunroof appear extremely bold. Even if the subsidy of around 7100 euros is deducted from this price and another dealer discount can be obtained: Almost 40,000 euros for a Skoda with Golf technology make you ponder.

However, you also get a considerable amount of car for this. The Octavia Combi is 5.6 cm longer than a Golf Variant and 2 cm shorter than a BMW 3 Series Touring. Thanks to state funding, the plug hybrid is available at no extra cost compared to the gasoline engine with 110 kW (150 PS) and dual clutch transmission. But the massive plug-in hybrid drive does not exist for nothing. On the one hand, the trunk at 490 is at least 150 liters smaller than in the models with a combustion engine. In addition, there is an additional weight of 212 to 237 kg, depending on the equipment.

The Octavia Combi in the upscale Style equipment line as a mild hybrid with 110 kW and DSG costs a good 33,000 euros without any additional extras. The plug-in hybrid 1.4 iV with 204 HP system output starts as a style version in the price list with just under 40,000 euros and is therefore somewhat cheaper after deducting the purchase subsidy. (Image: all Florian Pillau)

The plug-in hybrid in the Octavia cut a good figure in a field that has sowed loud doubts about the usefulness of this drive concept in the majority of the connector hybrids we have tested: efficiency. The Octavia rarely needs more than 6 l / 100 km, even if you kick it on the motorway with an empty battery. And you can actually go a remarkable distance on one battery charge.

High efficiency for a PHEV

In ideal conditions on the country road – with an outside temperature of 20 degrees and rolling behind a truck in eco mode without overtaking – Martin could travel 69 km purely electrically. This corresponds to a consumption of 16.67 kWh / 100 km. The Octavia iV therefore belongs to the small minority of the environmentally friendly plug-in hybrids, at least under these ideal conditions.

Because the range of the test car has to be put in perspective: In the Seat Leon eHybrid with an identical drive train, we achieved a minimum consumption of 19.9 kWh / 100 km last November. In early winter conditions, we got 25 kWh / 100 km with a VW Golf GTE, which has a little more power. All of these values ​​include the charging losses, so they have little to do with those displayed in the car.

With the promotion of plug-in hybrids, the legislature has been drawing criticism for a long time, and not without good reason. High consumption and the suspicion that most PHEVs are predominantly used as combustion engines make the German automotive industry, and not the environment, the beneficiaries. The legislature has therefore made a little readjustment. According to the current legal situation, PHEV buyers will only receive the purchase subsidy if the vehicles of their choice according to WLTP can travel 60 km purely electrically, instead of the previous 40 km. From 2025, according to the current legal situation, it must be 80 km.

However, the legislature has again left a loophole with which it is further watering down its half-hearted regulation. If the pollutant emissions in the combined WLTP consumption of less than 50 g CO2 per km, the purely electric range is completely irrelevant for the promotion. The Skoda Octavia iV is definitely one of the vehicles that, according to the current legal situation, will remain eligible after 2025.

However, a draft from the Federal Ministry of Economics is currently in circulation, which could show what an expected new regulation of PHEV funding will look like after the federal election. The CO2-Alternative regulation deleted. The minimum ranges of first 60 and then 80 km according to the WLTP would thus be made binding. In addition, according to the draft, it should be monitored that the funded PHEVs are actually for the most part electrically moved.

Most manufacturers of plug-in hybrids are to blame for the environmentally damaging bad habit that these vehicles drive far too little electrically. For reasons of cost, they do not even offer the prerequisites for practical fast charging. Unfortunately, Skoda has also optimized the Octavia for maximum non-charging.

You can plug the Skoda and most of its competitors into any socket. But the small batteries need a minimum of 3.5 hours and at normal sockets even six hours for a full charge. Even for a surcharge, it is not possible to pump more than the maximum charging power of 3.7 kW into the battery. That is the constructive incentive to charge as little as possible.