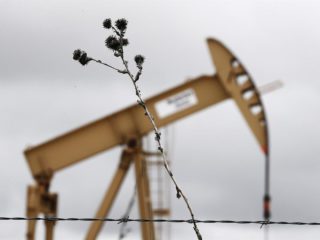 New York, Sep 13 (EFE) .- The price of intermediate oil from Texas (WTI) closed this Monday with a rise of 1.05%, to 70.45 dollars, driven by production problems in the United States as a result of the hurricane Ida, which are also affecting natural gas prices, which were at their highest level in more than seven years.

According to data at the end of trading on the New York Mercantile Exchange (Nymex), WTI futures contracts for October delivery totaled 73 cents from the previous close.

With that rise, the barrel of Texas recovered the barrier of 70 dollars for the first time in almost six weeks.

Reference crude in the United States began the week as it ended last, with clear increases, linked today to production problems at US facilities still caused by the impact of Hurricane Ida, which hit the country at the end of August.

Numerous US oil rigs have remained closed since late August, at a time when refineries in hurricane-affected areas such as Louisiana have already reopened, putting further pressure on prices.

According to official data, on Monday 43.6% of US oil production in the Gulf of Mexico area and 51.6% of natural gas production remained closed.

The market expectation was that it would not take as long to carry out these repairs, so concern is increasing, especially given the possibility that a new tropical storm formed in the region could become a hurricane and hit Texas in the next few days. .

On the other hand, OPEC raised its oil consumption estimates for 2022 on Monday, when the levels prior to the pandemic will be exceeded and the historic barrier of 100 million barrels per day (mbd) will be broken.

This was pointed out by the producer organization in its monthly report, in which for 2021 it maintains its forecasts for the recovery of demand, although it revises consumption slightly downwards for the last quarter of the year, without several the annual total.