The 2032 Olympics will return to Australia: Brisbane was the chosen city 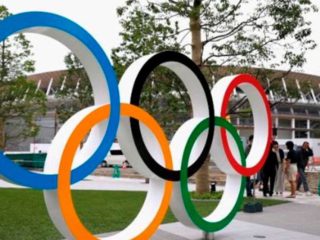 The International Olympic Committee (IOC) announced today that the city of Brisbane will host the Olympic and Paralympic Games in 2032. It will be the third time the event has arrived in Australia.

“Congratulations to Brisbane 2032, chosen as the first Olympic and Paralympic host of the next decade! Sports will take place in spectacular settings in Brisbane, the Gold Coast and the Sunshine Coast”, Remarked the IOC statement.

// The Olympic Games begin: day by day, the agenda of Argentines in Tokyo

“This will be Australia’s third opportunity to host, building on the successes of Sydney 2000 and Melbourne 1956, and the first Olympic Games in Oceania in 32 years,” he added.

The IOC had already determined that Paris will host the Olympics. from 2024, while four years later they will be in Los Angeles, United States.

Australia has a decade of major international sporting events in the run-up to the Brisbane 2032 Olympic and Paralympic Games such as the FIBA ​​Women’s Basketball World Cup (2022), the UCI Road Cycling World Cup (2022) or the Women’s World Cup in FIFA football in 2023.

The Dutch Skater Candy Jacobs, the british shooter Amber Hill and the American beach volleyball player Taylor Crabb They joined the list of athletes with coronavirus today just two days before the formal start of the Olympic Games.

“My Olympic adventure ends here. I feel good and I did everything to avoid this scenario, I took all the precautions. I will need some time to digest the disappointment. On the way to Paris 2024”Jacobs posted on social media.

// Five days before the Olympics: Matthias Steiner’s incredible physical and life change, the most emotional gold in history

Jacobs, who claimed to feel “overwhelmed”, joined the list of 79 people linked to the Games to have tested positive after the more than 20 thousand tests carried out by the Organizing Committee.

Of those 79 cases, only eight correspond to athletes, five of whom live in the Olympic Village of the appointment postponed for this year precisely because of the pandemic.

This Wednesday, the positive of Hill, number one in the world ranking of skeet (one of the Olympic skeet shooting specialties), was also announced, but in his case before traveling.

“There are no words to describe what I am experiencing. After 5 years of preparation and sacrificesI am devastated to test positive for Covid and not be able to be part of Team GB for Tokyo. I will recover from this, but now I need time to reflect, “said Hill from social networks.

Finally, the chain NBC reported that Crabb, 45, Jake Gibb’s partner in one of the two American beach volleyball couples, tested positive when he arrived in Japan last weekend.