The ambitious project that Disney would prepare with Henry Cavill 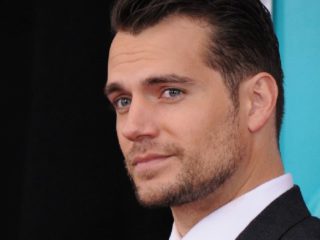 New rumors came to light about the possible project that Disney would be preparing with Henry Cavill.

Some time ago we told you that Henry Cavill wanted to join Disney, but so far there were no more rumors about it. Recently, it was announced that the house of the mouse would be preparing an ambitious live-action and for this, it wants the actor from The Witcher as the protagonist. Also, I would bet on another great celebrity: Ariana Grande. All the details, below.

Without a doubt, Henry Cavill became one of the most sought-after actors of the moment. After playing Superman and starring in The Witcher series on Netflix, the interpreter is already preparing for the second part of Enola Holmes and perhaps for the protagonist of He-Man, if he manages to beat Chris Hemsworth; although the protagonist of the reboot has not yet been defined. Now, to all these projects, we must add the rather ambitious movie that Disney would be thinking.

For years, Disney has been betting on live-action. Following the successful premiere of Cruella, which has already been confirmed for a sequel, the studio is thinking about the next classic films that it can transform into live action. That said, this is where Henry Cavill comes into the mouse house plans and could be a part of this great movie.

According to new rumors, Henry Cavill is one of the names that resonates the most to bring Hercules to life. After the emblematic animated film of 1997, Disney would have the intention of making a live-action of the character. For this, it would also count on Ariana Grande, the famous singer who could put herself in Megara’s shoes. These rumors became very strong again after the actor traveled to the United States, and Ariana had a temporary coverage of her tattoos.