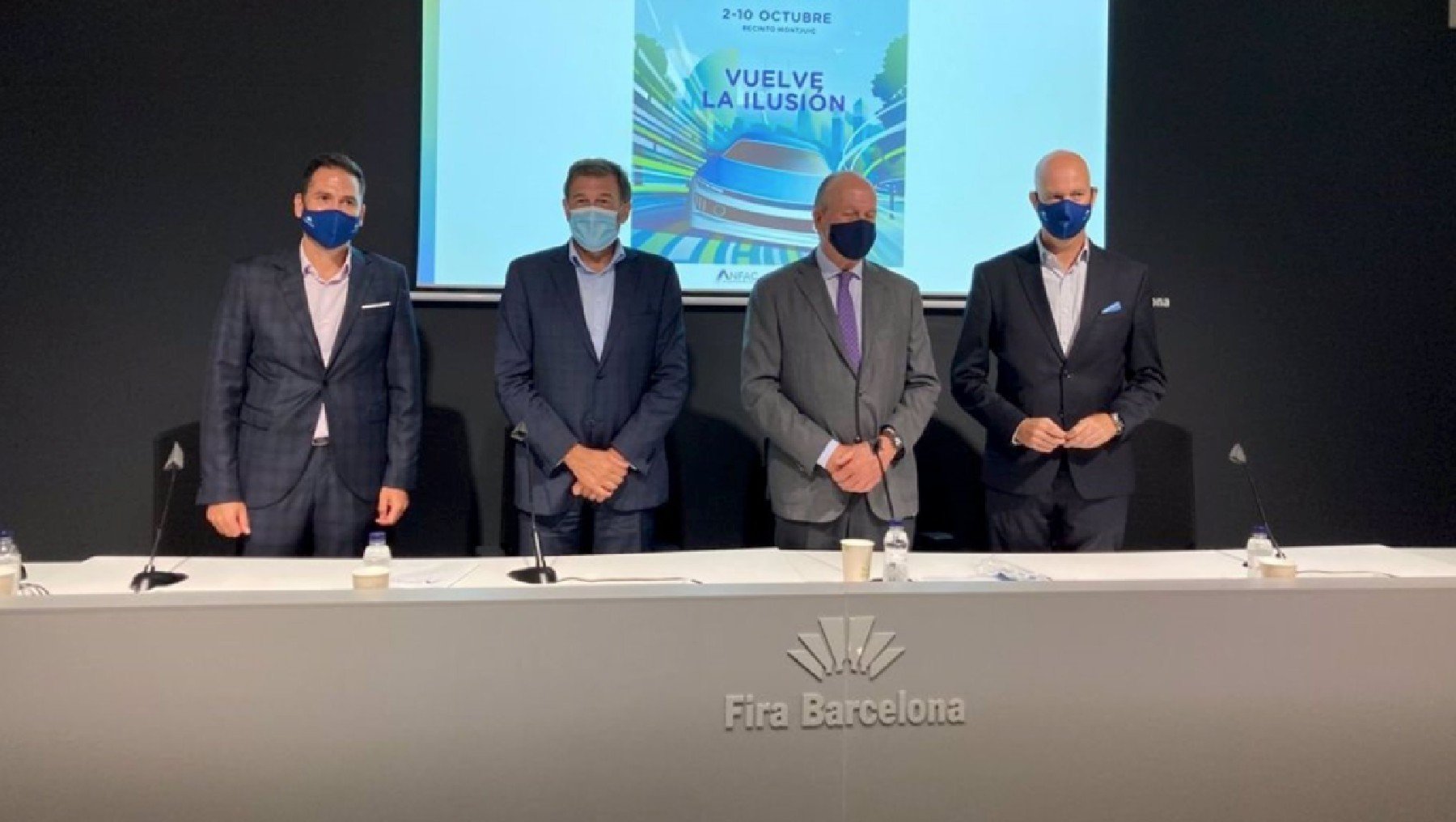 The International Motor Show, Automobile Barcelona, which will take place from September 30 to October 10 at the Fira de Barcelona Montjuïc venue, will feature 23 car brands and will be the first major fair open to the public in the capital. This was explained this Friday by the president of the room, Enrique Lacalle, at a press conference to present the news of the fair, which will occupy pavilions 1 and 8 of the venue and will not require antigen testing.

Some brands that had attended on other occasions – such as Ferrari, Porsche or Tesla – will not be able to be seen this year “because they had not planned, others because they do not have models to present”, while some have withdrawn in recent months , as pointed out by the international business director of Fira de Barcelona, Ricard Zapatero.

Under the motto ‘Illusion returns’ (The illusion returns), the show will address sustainable mobility as a central theme and “will contribute to the reactivation of sales” as a great platform for the sector, as Lacalle explained.

It will reinforce its commitment to innovation of the automotive sector, with digitization and decarbonization, and will feature streaming broadcasting of vehicle presentations for journalists and professionals.

The congress, organized by the fair institution with the support of the Spanish Association of Automobile and Truck Manufacturers (Anfac)It will occupy pavilions 1 and 8 of the Montjuïc venue, Maria Cristina avenue and the surroundings of Rius i Taulet street and will be open to the general public from October 2 to 10 – on October 30 and 1 will be dedicated to companies.

This has been indicated by Zapatero, who has also clarified that less space will be taken up than in its last edition of 2019 -when the centenary of the event was celebrated and which closed with an attendance of more than 800,000 visitors-. Fira de Barcelona It will not establish a coronavirus test as a requirement for entry because it considers that the space is wide enough, but it will continue to apply the covid protocol with masks and social distance.

Lacalle has reported that this year there will be 13 national car novelties, thanked the perseverance and work of Fira de Barcelona and said that the celebration is a «success to celebrate».

He also highlighted that Spain is the eighth largest car manufacturing market in the world and the second from europe with the sale of three million vehicles each year and that, in Spain, the sector represents 11% of GDP with two million direct and indirect workers.

The biennial show is the only one held in Spain that has the international recognition of the Oica (International Organization of Automobile Manufacturers). The event comes months later than the date originally scheduled – from July 8 to 18 – after being postponed to favor the participation of the maximum number of automobile firms in a more favorable context for this industry due to the scarcity of materials.

Zapatero explained that attendees will be able to see, test and reserve models and that the delay in deliveries of cars due to problems with semiconductors in the industry will be compensated with “offers” or that it will not affect customers due to the illusion that it entails the wait. The director of the Automobile, José Miguel Garcia, has indicated that Barcelona “It will once again be the international motor capital”.