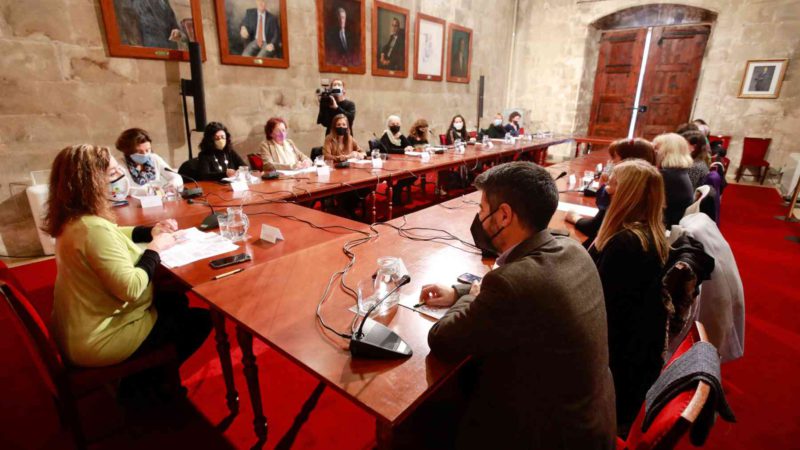 The Prime Minister, Francina Armengol, has transferred this Friday the Government’s commitment to increase in four years to 50 the number of loaned floors to social entities and competent institutions that are destined to rent in rotation for women victims of sexist violence.

Speaking to the media after a meeting called on the occasion of the International Day for the Elimination of Violence against Women to analyze the current situation regarding gender violence, Armengol explained that the increase in the number of relinquished homes will be possible to through the right of first refusal and withdrawal -which the Executive already exercises- and after a agreement to be signed by IB-Dona and Ibavi, collects the Europa Press agency.

The floors that will be allocated to this group will be 10% of those that the Government acquires each year through trial and error, with the possibility of contributing dwellings incorporated into the public park from other formulas, such as the transfer of use or construction by Ibavi, in the event that a year the transfer of a minimum of six dwellings from the stock exchange cannot be guaranteed. those bought by trial and error from victims of sexist violence or in the event that, after four years, they do not exceed 50.

This agreement will be materialized through an agreement that will be signed by Ibavi and IB-Dona with the entities that will manage the homes, which are the island councils, city councils and third sector entities.

It is about floors where the beneficiaries will be able to live for one year, extendable if the situation of women requires it, and which have the function of facilitating access to housing for victims of sexist violence during their process of recovery and reconstruction of their own life project.

The Prime Minister, the director of IB-Dona, Maria Duran, and the Minister of Social Affairs and Sports, Fine Santiago, have held a meeting this Friday with entities and institutions that work with women victims of sexist violence, in which a balance of policies and actions has also been made.

In this sense, the president recalled that almost 500 women victims of gender violence have already been hired through programs to promote employment such as SOIB Dona.

He also highlighted that all the CEIP and IES of the Islands already have co-education agents or coordinators, and that the aid offered by the State for orphans of sexist violence has been improved, which has been extended to children of women who, as a consequence of gender-based violence, they suffer a disability of 33% or more.

In addition, he has stressed, all health centers and hospitals have protocols to detect cases of sexist violence among patients, as well as that the Government trains hundreds of workers annually to provide them with tools in the treatment of these women.

Armengol also recalled that five years have recently passed since the Balearic Islands’ approval of the Equality Law, a pioneer in the recognition of economic violence as violence against women.

The councilor has also presented the set of workshops and training aimed at both young people and their parents, in addition to training aimed at professionals in the educational, health, social services and free time fields.

The person in charge of Social Affairs of the Government has also referred to the number of minors victims of sexist violence who receive aid from the Government when one of their parents has died from violence or suffers a disability from an assault and that currently there are 15 (nine orphans and six with disabled parents).