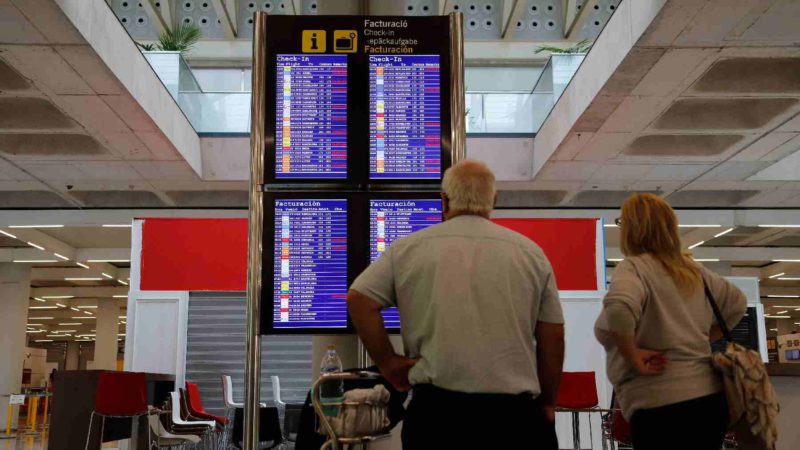 The Balearic Islands have brought together 19.7% of international tourists who arrived in Spain this October, but it has been surpassed by the Canary Islands in volume of spending and overnight stays. And is that the Islands have been in third place in number of stays, as they have also been surpassed by Andalusia. In this sense, the 1,009,908 registered tourists include both those who have entered the community through the airport and through the port. In other words, foreigners who have arrived on cruise ships and have only been to the Balearic Islands for one day are also counted.

Despite the fact that according to the National Institute of Statistics, the Islands have led in October, the figures are still far from those of 2019. 17.5% fewer visitors have been registered and spending has been 14% lower. In addition, if only tourist arrivals are taken through the airport, the Balearic Islands, with 18.6%, are behind Madrid, with 18.9%, as published by Turespaña. Therefore, if the community has managed to place itself in the first place, it has been thanks to the travelers who have chosen the boat. And, paradoxically, this group includes the cruise ships that with so much effort Francina Armengol and its partners want to prohibit and limit.

As for the overnight stays, The Balearic Islands lagged behind the Canary Islands and Andalusia, despite leading in tourist visits in October. This is predictably due to cruise passengers who have landed on the Islands for a day and then left. On the other hand, the average expenditure per tourist in October was 1,102 euros; the average daily expenditure of 156 euros and trips were shortened by 22.7%.

At accumulated of the first nine months In 2021, the Balearic Islands has been the community that has received the most tourists, nearly 6.1 million. Catalonia and Andalusia follow. However, we must not forget that the peninsula does not compete with the Islands for this tourism and that the destinations that do have been closed due to the pandemic.

Regarding spending, from January to October, the Balearic Islands registered 6,982 million euros, a quarter of the national total. On average so far this year, tourists have spent 1,152 euros.