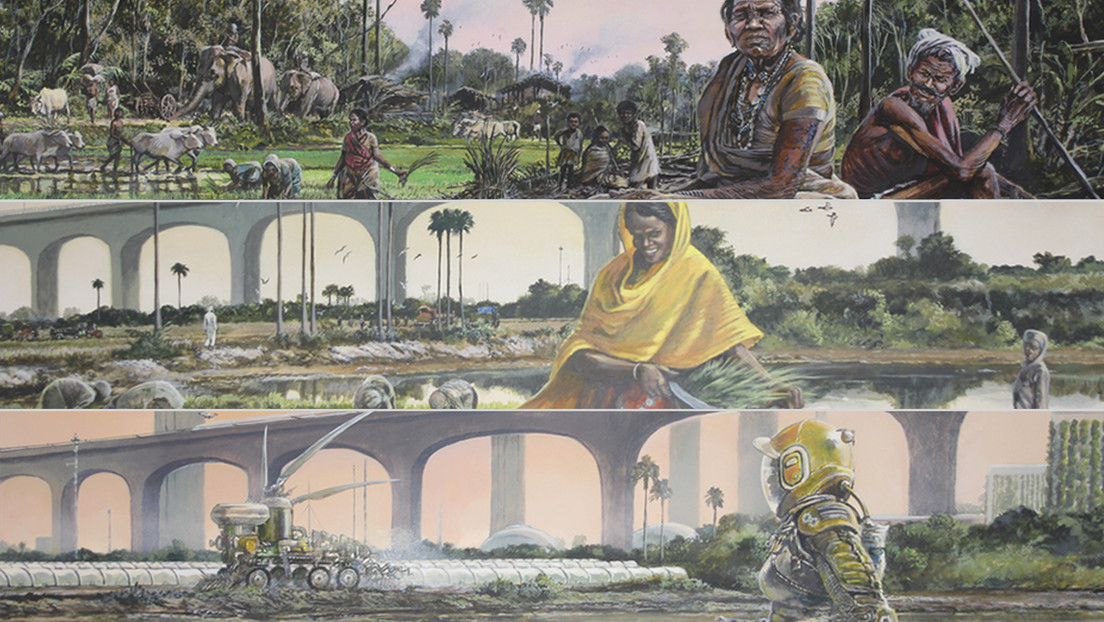 The barren Amazon and the tropical Midwest ?: This is what the Earth will look like in the year 2500 if climate change is not stopped

A group of researchers led by McGill University (Montreal, Canada) has published a study in which they warn that, if carbon dioxide emissions continue to increase, within 480 years the Amazon rainforest will have disappeared, the US Midwest will have a tropical climate and India will be too hot to house human life.

“We need to envision the Earth that our children and grandchildren could face, and what we can do now to make it fair and livable for them,” points out Christopher Lyon, lead author of the study, who adds that “if we do not meet the targets of the Paris Agreement and emissions continue to increase, many places in the world will change drastically“.

The researchers lay out the future of our planet based on three greenhouse gas reduction scenarios up to the year 2500, and illustrate several of the projections they make.

In the worst scenarios, which are those of low and medium mitigation, and do not meet the objectives of the Paris Agreement, vegetation and cultivation areas would move to the poles and the total area suitable for various crop species would be reduced. The Amazon basin, possessing the greatest animal and plant biodiversity in the world, could become completely sterile.

On the other hand, places rich in cereal production like the Midwest of the USA would become much more humid and warmer, which would force its inhabitants to adapt to a tropical climate agriculture, with species based mainly on oil-producing palms.

Lyon and his colleagues also determined that under the low and medium mitigation models, areas of the world that experience constant periods of extreme heat could increase significantly. One of the worst affected would be the Indian subcontinent, home to billions of people whose descendants would be forced to use protective suits to go outside due to high temperatures.

“Heat stress can be fatal to humans when wet bulb temperatures exceed 35 degrees Celsius for 6 hours or more,” the scientists explain.

On the other hand, the team found that sea level will continue to increase even in scenarios of high attenuation of gas levels. This is due to the expansion and mixing of warm water in the oceans, a very slow process that has already started and will take decades to stabilize.

Until now, most studies on the impact of anthropogenic activities on the climate made projections up to the year 2100. However, according to Lyon, this will not be of much help to future generations.

“The Paris Agreement, the United Nations and the scientific assessment reports of the Intergovernmental Panel on Climate Change show us what we must do before 2100 to reach our goals and what could happen if we don’t,” Lyon says. “But this benchmark, which has been used for more than 30 years, is myopic because people who are born now will only be 70 years old in 2100. “

For this reason, Lyon and his colleagues conclude that climate projections and the policies that depend on them should look at beyond the year 2100 in order to fully understand the potential long-term scope of climate impacts.