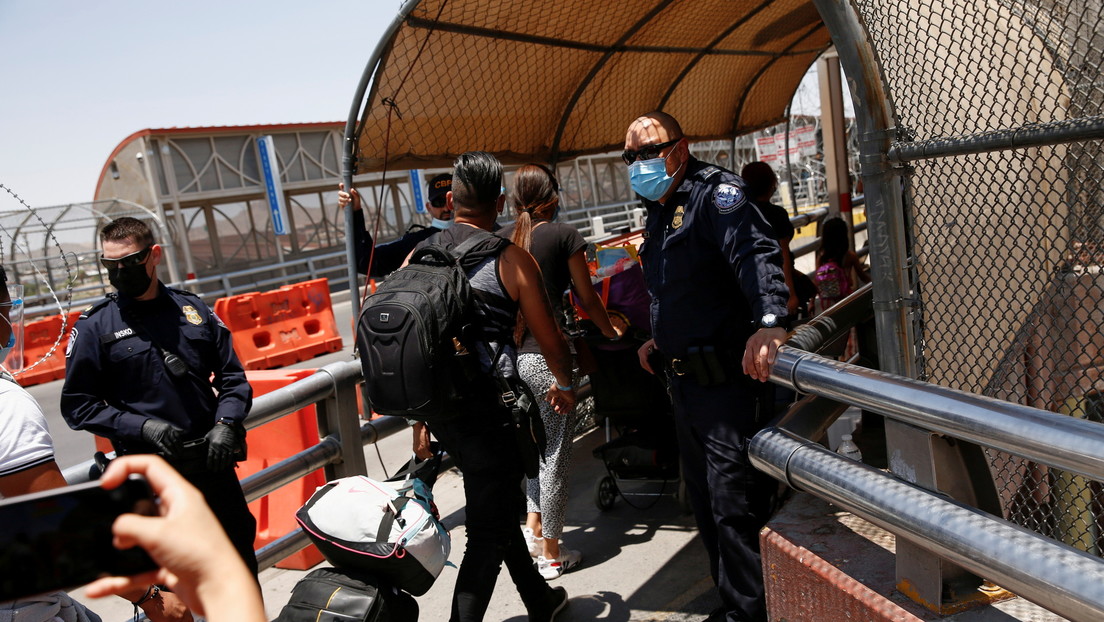 The Biden government could resume the ‘Stay in Mexico’ program that it suspended in June: what happened?

The Government of the President of the United States, Joe Biden, would resume the Migrant Protection Protocols (MPP) program, through which some 70,000 Central Americans who requested asylum in the North American country were sent to Mexico to await the resolution of their cases.

The terms of resumption of the program known as’Stay in Mexico ‘will depend, in part, on the eventual agreements with the Government of President Andrés Manuel López Obrador, which in a statement issued Thursday night by the Foreign Ministry, already advanced its concern about “the integrity and security of migrants“.

The US could resume this policy from mid-November, according to a source of the North American Government consulted by the CBS television network.

The Government of Mexico, for its part, has expressed its intention that asylum cases be resolved within a period of six months, as well as demanded greater transparency in information for migrants. That is, that applicants know the dates of hearings and receive legal advice, according to reported the AP agency.

This policy implemented by the previous White House tenant, Republican Donald Trump (2017-2021), was officially suspended in early June of this year by the Biden Administration, who argued that the program had not improved “adequately or sustainably managing borders“.

However, the states of Texas and Missouri filed lawsuits in federal courts against the Biden government for the suspension of the MPP.

Finally, on August 24, the US Supreme Court brought the case and, by majority vote, supported the ruling of the Texas District Judge, Matthew Kacsmaryk, who had ordered the reinstatement of this immigration policy, considering that the federal government did not adequately justify its decision to suspend the program.

Restart of ‘Stay in Mexico’

On Thursday night, the US Department of Homeland Security (DHS) noted that despite “not agreeing with the court ruling” in Texas, it had submitted a report with the steps to follow to comply with the order and reinitiate the law.

“Mexico is a sovereign nation that must make an independent decision to accept the return of the people in accordance with any re-implementation of the MPP. That decision has not been made“reported the Department of Homeland Security.

The US Department explained that they are in talks with the Mexican government on the matter.

Mexico is a sovereign nation that must make an independent decision to accept the return of individuals pursuant to any reimplementation of MPP. That decision has not been made. Discussions with the Government of Mexico are ongoing.

Following the announcement, the Mexican government expressed its “respect for migrants and asylum seekers.”

“In a sovereign manner, Mexico will continue the dialogue with the Executive Power of the United States, in order to advance in a regional migration policy, orderly, safe and regular,” reads the informative note that public the Latin American Chancellery.