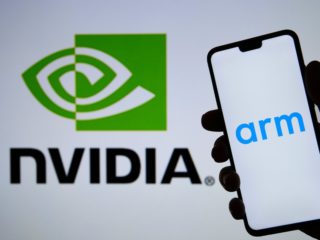 Qualcomm continued to top the list of the world’s top-selling chip design companies with sales of nearly $ 6.3 billion in the first quarter of 2021. That was a good 53 percent more than a year earlier. Such chip designers design semiconductor elements such as processors themselves, but have them produced by chip contract manufacturers such as TSMC or Samsung in order not to have to maintain their own expensive production facilities – the so-called “fabless” business model.

Qualcomm’s Snapdragon processors are found in the majority of all Android smartphones. However, Nvidia is getting closer and closer to first place: Within a year, sales rose by almost 76 percent to just under 5.2 billion US dollars. The gap to Qualcomm decreased from around 28 to 18 percent.

For the The market researcher Trendforce has consideration the partially different accounting periods of the companies have been allocated to the first quarter of 2021. Nvidia’s fiscal year, for example, does not end until the end of January, which is why the quarterly figures cannot be compared without conversion. Companies like Intel and Samsung do not appear in the list because they manufacture their chips themselves.

While Nvidia boss Jensen Huang has recently repeatedly downplayed the importance of crypto mining with GeForce graphics cards, Trendforce believes that mining the cryptocurrency Ethereum has made a significant contribution to Nvidia’s growth. The GeForce division doubled its sales to nearly $ 2.8 billion in one year. The server division has also grown significantly with GPU accelerators and Mellanox network hardware.

The largest growth in the top 10 list saw AMD with a plus of 93 percent to more than 3.4 billion US dollars. Sales drivers were among other things Ryzen processors for desktop PCs and notebooks, Epyc server CPUs and Radeon graphics cards – also for crypto miners. It wasn’t enough for an upgrade in the list, but AMD distinguished itself even more from sixth place: Novatek, for example, designs controllers for controlling displays and earned around 894 million US dollars in the first quarter of 2021.

Broadcom in third place benefited from the expansion of the telecommunications infrastructure and the construction of new data centers, but had to leave Nvidia in second place with a comparatively low 19 percent increase.

MediaTek kept fourth place, but was hot on Broadcom’s heels with an increase of over 88 percent to 3.8 billion US dollars. The company designs mobile systems-on-chip (SoCs) for smartphones, especially in the entry-level and middle-class, which Qualcomm had recently neglected. The Chinese market in particular is said to have washed money into MediaTek’s cash register after the trade conflict between the US and China put Huawei’s smartphone division on hold.