The Chinese stock market does not go back: confinements, risk of bankruptcy of Evergrande and division of Alipay 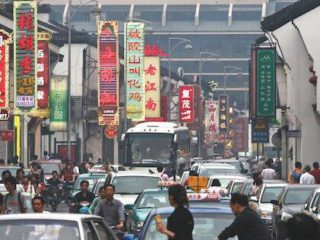 This same Tuesday, in fact, the state news agency Xinhua pointed out that the Beijing Government will intensify its efforts to promote a “civilized” Internet, reinforcing the supervision of news sites and platforms on the internet and encouraging them to promote socialist values.

After years of runaway growth and rapid change, Chinese regulators have sought to tighten control over society with tighter oversight of a number of sectors, from technology to education to entertainment. Cyberspace should be used to promote education about the ruling Communist Party and its achievements, according to guidelines released by the State Council, the news agency reported.

The regulation affects large e-commerce companies such as Alibaba or JD.com, more akin to Xi Jinping’s guidelines for less use of advertising and promotions, but also video game companies such as Tencent, private education platforms and even to food delivery companies or transportation companies like DiDi.

This same Monday, it was learned that Beijing intends to dissolve Alipay, the Internet payment platform owned by Ant Group, according to the London newspaper ‘Financial Times’. The Chinese government intends to create a separate ‘app’ for the profitable loan business of Jack Ma’s company.

Chinese regulators had ordered Ant to separate its loan businesses – Huabei, which is similar to a traditional credit card, and Jiebei, which makes small unsecured loans – from the rest of its financial offerings and to bring in outside shareholders. Now they go one step further and want the two businesses to be divided into a separate application as well. The plan would require Ant to hand over the user data on which its loan decisions are based to a new credit rating joint venture that would be partly owned by the state, according to two people familiar with the process.

“The government believes that the monopoly power of big tech companies comes from their control of data,” he told the ‘FT’ a person close to Beijing’s financial regulators. And he added: “He wants to end it.”

“Regulatory risk is very real because in just a few days you can see companies with several billion dollars suddenly disappear from download applications and it is something that conditions your business model. We are talking about food distribution companies, mobility … It is true that all Asian countries have a great dependence on China, which is their main trading partner, and obviously, how the economic development of China is going to affect the rest, “he says Pablo Martínez Bernal, sales director of Amiral Gestion in Spain and Portugal.

New recent problems in the country are added to the regulatory pressure being exerted by the Xi Jinping government, such as the rebound of Covid-19 or the debt dragged by the real estate giant Evergrande. This same Tuesday, the second largest promoter in the country, whose debt amounts to 305,000 million dollars, warned of the risk of entering an insolvency process due to two of its subsidiaries, which caused a new collapse of its shares and increased the fears that its fall could have consequences for the banking system.

The company’s shares on the Hong Kong Stock Exchange fell more than 11% on Tuesday, accentuating a common trend of approximately the last year, a period in which Evergrande has lost more than 80% of its market value.