Home
Finance
The Chinese yuan, at maximum against the dollar since 2018

The Chinese yuan, at maximum against the dollar since 2018 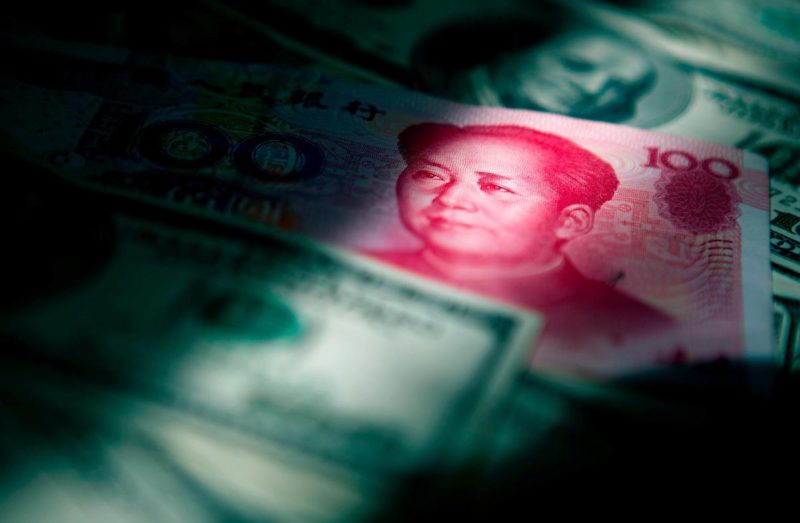 Shanghai (China), Dec 8 (EFE) .- The yuan, China’s national currency, today reached an exchange rate of 6.35 units against the dollar, its highest level against the US currency since May 2018.

Shortly before 12.00 local time (04.00 GMT), the yuan gained 0.2% against the dollar and thus surpassed its best mark of the year, registered about six months ago.

This represents a rise of more than 2.6% so far in 2021, something that the local economic media refers to the good performance of Chinese exports, which has caused a significant trade surplus denominated in dollars, bringing with it large inflows of that currency .

For its part, the ‘offshore’ rate, the one negotiated in international markets such as Hong Kong, followed a similar trend, also standing at 6.35 integers against the dollar.

In recent months, some analysts have suggested that the Chinese authorities seem to feel comfortable with a stronger yuan despite the fact that this situation reduces, in principle, the competitiveness of Chinese products abroad, since they enjoy high demand globally. in the context of the pandemic.

A stronger yuan makes it easier for China to absorb the global surge in commodity prices.

However, the Chinese Finance Online news portal warns that the strength of the yuan could not be sustained for long as the market is still betting on a rebound in the dollar given the gradual recovery of the US economy, pending the evolution of the omicron variant of the covid.

Likewise, another factor that could strengthen the dollar against the yuan again is that the Federal Reserve (Fed, the US central bank) will soon give the starting signal to a reduction in debt purchases (‘tapering’) that would put an end to the stimuli used against the pandemic.

In the medium term, analysts at the investment bank CICC assure that the yuan could face “some downward pressure” derived from fiscal and monetary easing policies in China, which would boost domestic demand and, by extension, imports, thus that would reduce the country’s trade surplus.