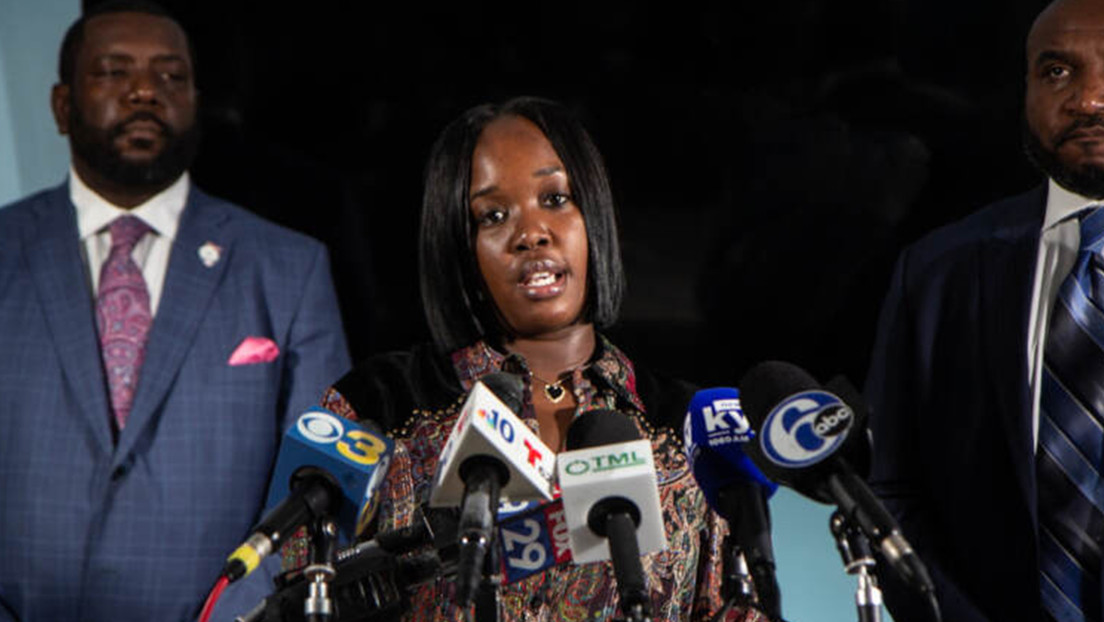 The city of Philadelphia (USA) reached a agreement to pay two million dollars to a woman who was beaten by the police in front of her two-year-old son, during last year’s demonstrations unleashed after the death of a man who was shot by soldiers. In addition, the child was taken away by the agents. “I hope the responsible officers never again have the opportunity to do something like this to someone else,” said Rickia Young, the victim.

The incident occurred on October 27, 2020, after the woman picked up her 16-year-old nephew in her car and headed home. It was then that he passed through an incident area between protesters and the police. For this reason, the authorities ordered him to back up, until at one point they surrounded the vehicle and began to beat the windows until they were broken. Later, Young and the teenager were handcuffed.

The woman’s lawyer, Kevin Mincey, said that an agent took the child in her arms to take him “to a better place.” Later, the child’s grandmother, who was alerted by her daughter to what had happened, found him a few kilometers from the place, in the back of a patrol car, without his hearing aids and with broken glass on the seat. For her part, Young spent the night between the police headquarters and Jefferson University Hospital, where she was treated for the injuries caused by the police, until she was finally released without charge.

Rickia Young was driving home from work with her child when police stopped her car, smashed her windows, and forcibly dragged her out over the glass, separating her from her toddler. Then the cops posted this.Philly will now pay Young $2 mil.https://t.co/940yxPDwHipic.twitter.com/iK6NyCk8JG

Following the incidents, Officer Darren Kardos and Sergeant David Chisholm were suspended and later expelled from the Police, while 14 other officers could also be punished.

“The behavior that occurred during the interaction between Rickia Young, his nephew, his son and some of the officers at the scene violated the mission of the Philadelphia Police Department,” said Commissioner Danielle Outlaw.

In addition to the two million dollars that Philadelphia agreed to pay to avoid new lawsuits, there is another ongoing complaint against the National Fraternal Order of Police union for posting on social media the photo of the agent carrying Young’s son, with a message explaining that the barefoot, abandoned child “was lost during the violent riots.” “To portray me as that kind of mother who wouldn’t know or care where her child was while the chaos was happening is very hurtful,” Young lamented.

For his part, the Mayor of Philadelphia, James Kenney, defined what happened as “absolutely appalling” and “unforgivable”. “This terrible incident, which should never have happened to anyone, only further strained the relationship between the police and the community,” the senior official added.