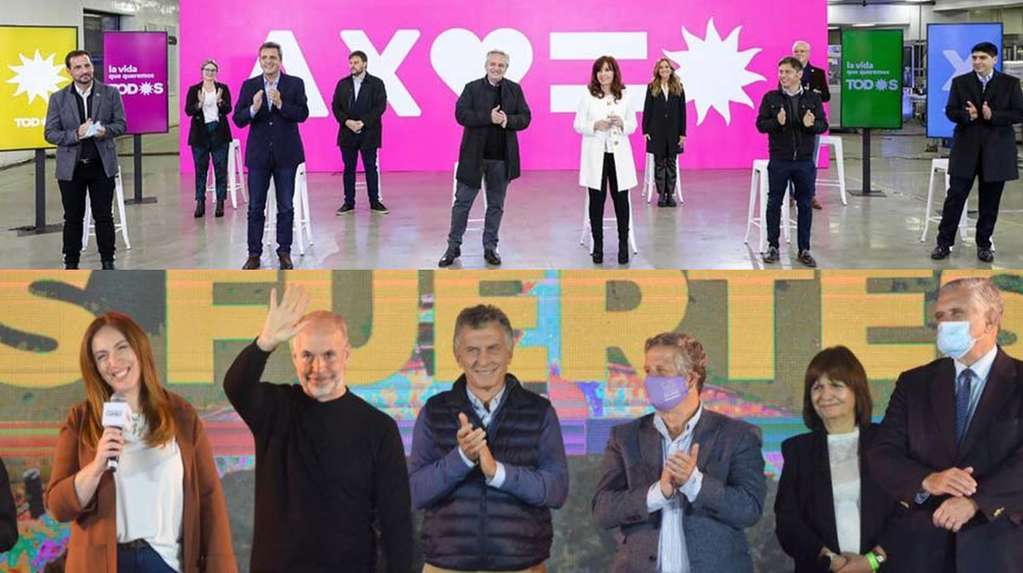 The crack continues to dominate the speech of the Frente de Todos, despite the advice of its star advisor

It is mid-afternoon in Buenos Aires in a spring that at times seems like summer and, suddenly, in the middle of the street, an unexpected crossing with a person knowledgeable in electoral campaigns leaves a phrase as casual as it is resonant: “Every time Kirchnerism needs to broaden its base of support, there are very complex problems, whether due to politics or communication.”

The idea, clear, is clinging to a brain that for weeks has been wondering what happens with a government that insists on polarization and battle, despite hiring the services of one of the most sought-after campaign advisers in the Spanish-speaking world that advises moderation, positivism.

Macri, Macri, Macri and more Macri. It seems that the idea of Antoni Gutiérrez Rubí, The prestigious Catalan strategist does not penetrate the heart of hard Kirchnerism which, on the other hand, persists in its habit of fighting.

Is clear. The crack continues being -in Argentina- a good electoral business. Not only does former president Cristina Kirchner know. The same phenomenon shakes the hosts of the opposition, especially Juntos por el Cambio, a political space whose extremes today challenge the dialogue spirit of Horacio Rodríguez Larreta, demanding very different behaviors from those that the head of the capital government usually exercises in tune with his conciliatory spirit. .

The rejection of Massa’s call for dialogue

Just days ago Rodríguez Larreta, surely after an accurate reading of the conflictive political scene itself, came out to reject the invitation that his friend Sergio Massa made in order to call for a multi-party and multi-party dialogue for after November 14.

It’s not easy to be anti-crack in Argentina today. For no one. Weeks ago, the setting of the emblematic Costa Salguero within the framework of the Colloquium of Idea served for both Fernández and Rodríguez Larreta to express themselves to the maximum referents of the establishment his vocation to promote a change in political culture in Argentina.

“We are a society with conflicting sides and it is time that we try to deepen our agreements and minimize our differences”Alberto Fernández told the businessmen.

Two days before and in tune with the President, Horacio Rodríguez Larreta, said: “Every coming and going we are worse. Each president, more than president, is a founder. And we have to start from scratch. There is no chance of getting ahead with that attitude. We have to agree on a common vision, which will never be unanimous. We have to end the rift, the rift is a catastrophe “.

All music to the ears of a private sector fed up with the disincentive to genuine investment generated by the political rift with its permanent conflict, endowing the country with extremely high levels of instability, unpredictability and a lack of clear rules of the game.

However, in Argentina that today is just a light expression of a wish. For proof, let’s go back to the beginning of this humble reflection. The electoral campaign is taken by the neck for a confrontational political culture that is far from promoting dialogue and respect for differences.

After the resounding defeat of the PASO, the government, at the expense of Sergio Massa, went to seek help from the figure of Gutiérrez Rubí “To try to have order and a path”, they confess at the small table of the Frente Renovador. It is not the first time that the Catalan, author of a very interesting work called Manage political emotions come to the aid of this political space. He worked for Cristina Kirchner in the failed 2017 campaign and for Alberto Fernández in the electoral strategy that led him to the presidency in 2019.

Gutiérrez Rubí detected, broadly speaking, two things. First, that while Juntos por el Cambio retained the electoral support achieved in 2019 (the famous 40 points), the Frente de Todos lost an enormous popular flow in segments that accompanied the Fernández-Fernández formula on its way to La Rosada. Second, to carry out a combative, conflictual and aggressive pro-government campaign in a context of extreme poverty, unemployment, inflation, insecurity, etcetera, is shooting oneself in the feet.

That is why your “Macro tip” was: broaden the base of support. The Yes campaign. A positive campaign (“we are going to return to the life we ​​want”). A campaign of proximity taking the President to the field. But not a traditional Peronist-style court. Rather, a field similar to the one that Juntos por el Cambio campaigns accustom us to: closed activities, with few people, without a call to the media, 360 scenarios, dissemination through our own social networks, and so on.

Gutiérrez Rubí raised the government a contrast campaign rather than a confrontational campaign. “There is a campaign and a work of contrast because the opposition is standing in the ‘Enough’ and say ‘no’, then you have to stand on it ´sí´”, They confess in the Government. And they add: “On the other hand, Macri continues to be the most negative of Argentina’s leaders in public opinion, so he must always be on the agenda for debate.”

Everything seemed to be going smoothly. The problem – as the prominent Argentine political strategist told me – is that every time Kirchnerism is forced to broaden its base of support, there appears a conflict with the confrontational spirit that characterizes DNA K. That boils both with politics and with communication. We refer to the tests.

By politics, for example, when -in the need to seek the moderate vote- they elected Daniel scioli as a candidate for president. Scioli ended up making a formula with Carlos Zannini to appease the distrust of hard-line Kirchnerism that could not tolerate that a man with strong ties to the establishment succeeded “the boss.” The result is negative.

Similar was the case in 2019 when, accepting the fact that “With Cristina alone it is not enough” they looked for a “moderate” to bring votes that would never go to the former president. And they did it knowing that Cristina did not want him, does not want him and will not love Alberto. He does not want it precisely because of its moderation which, in the K code, is seen as “lukewarm”.

A marriage whose conflict of origin exploded before the first setback: the PASO. It took just three days after the defeat for 12 K officials to present their resignation to the president in what was clearly a palace coup and a power vacuum.

In the Government they relativize: “All spaces have their hard and their moderate ones. The same thing happens to Horacio (Rodríguez Larreta). ” That is also true. As we pointed out previously, the head of government, urged by the most “Conservatives” of his space and in his eagerness to sustain unity he resorts to more “Spicy” towards adversaries, which is not the custom for a leader who has made a habit of agreements.

In short, the crack continues to be commonplace in Argentina no matter how much international adviser or political theory recommends otherwise.

The question is: What is the revenue that campaigns like this leave the country?

Let’s start from a basic premise: countries only develop when public policies transcend the governments of the day, that is, stable rules of the game that -together with other elements- generate attraction to private investment, the only engine of genuine job creation .

The question – then – is: Does this happen in Argentina? The answer is no. To retrace this analysis, let us do – Tony Blair would say – evidence-based politics. Let’s see what the objective numbers of the Argentine macroeconomy for the last 10 years say with the exception of the pandemic period. 10 years of permanent confrontation, quasi-war campaigns and zero consensus.

There is no positive macroeconomic indicator. Permanent conflict makes public policies change with changes in government. And more: Argentina experiences changes of direction within the same government.

This results in what many call “Legal uncertainty”, which is nothing more than the constant change of the rules of the game: pure poison for private investment, the only engine for the creation of genuine job sources.

In conclusion, the victory of the crack and the confrontation, characteristic of this electoral process, especially inside the government, is not just a campaign data. What the political leadership takes as a simple game of electoral assembly has serious consequences for a country that has not experienced stability for decades: only path to development.