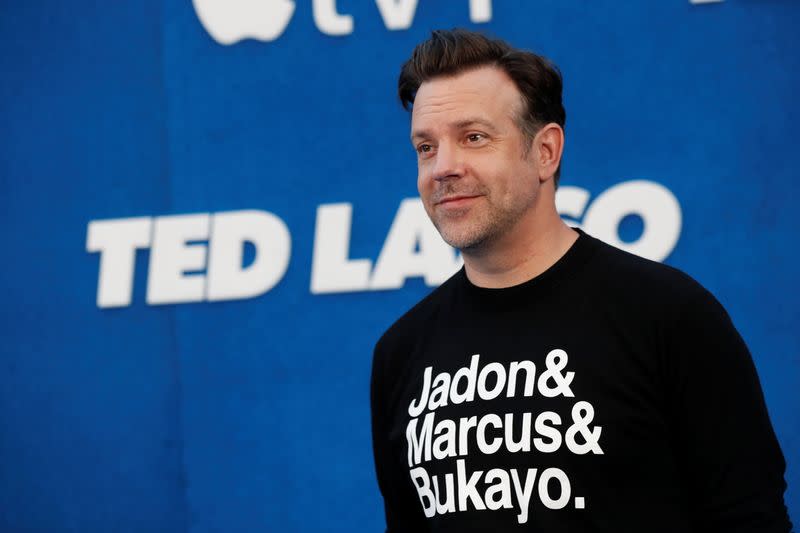 “The Crown” and “Ted Lasso” lead the Emmy Awards, adapted to the pandemic for the second time

LOS ANGELES, Sept 16 (Reuters) – Television may have been what gave people a break from last year’s lockdowns and quarantines, but the Emmy Awards themselves have no rest.

Forced for the second year to abandon the traditional mass gathering of celebrities and executives, Cedric the Entertainer will host a scaled-down show in Los Angeles on Sunday that has moved to an outdoor tent due to concerns about the Delta variant of the coronavirus. .

Despite the vaccination, testing and mask requirements, Jennifer Aniston is among those who will not attend, arguing for her personal safety. And many of the cast members of the favorite drama series, “The Crown,” will likely participate from London, organizers said.

“We have some people who want to participate remotely and we understand that,” Maury McIntyre, president of the Academy of Television Arts and Sciences, told Variety this week. “It’s only about 500 in the tent, but 500 is still a lot for some people,” McIntyre said.

“Ted Lasso,” a poignant comedy about an American coaching a struggling English soccer team, and the British royal series “The Crown” are expected to be among the Emmy winners, to be broadcast live. on CBS on September 19, starting at 8:00 p.m. ET (0000 GMT).

“Ted Lasso” garnered 20 Emmys nominations, including for Best Comedy Series, and nominations for lead actor Jason Sudeikis and six other actors. The series could give the streaming platform Apple TV + its first big win.

After an engaging season centered on the unhappy marriage of Prince Charles and Princess Diana, “The Crown” garnered 24 Emmy nominations. Awards experts predict that it will take home its first Emmy for Outstanding Drama Series, marking a milestone for Netflix.

“If ‘The Crown’ and ‘Ted Lasso’ end up winning the race for best television series, it will mark the total conquest of television by streaming services,” said O’Neil. Amazon and Hulu previously won television series awards for “The Marvelous Mrs. Maisel” and “The Handmaid’s Tale,” respectively.