The Crown showed it: Philip of Edinburgh’s worst pain 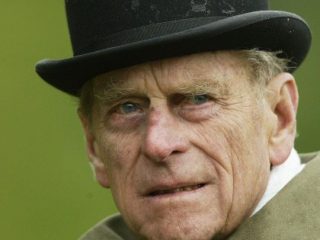 Two months have passed since the world heard the news of the sad death of Philip of Edinburgh. At 99 years old and with heart problems, the Prince lost his life at Buckingham Palace “in the company of his beloved wife Lilibeth”, According to the official announcement. And, in the face of so many years of devotion to the crown, the consort was fired globally by the best-known personalities.

However, those who tried to talk as little as possible about Philip of Edinburgh were the members of the team of The Crown. Although many of the actors did say goodbye to the Queen’s husband with the utmost respect, Peter Morgan and his entourage chose to remain silent out of respect for the Royal family since, during the broadcast of the series, many of them , especially the duke, have been greatly affected.

It is that, on more than one occasion before dying, Felipe undertook to deny The Crown and leave for posterity an opinion formed on the series that portrays the life of his family. However, beyond the words Prince of Greek origin, the series captured many truths on the screen and, one of them, It is the worst pain that the consort of Elizabeth II suffered when he was appointed by King George VI of the United Kingdom as the fiancé of his first-born.

Today, June 10, 2021, the Duke of Edinburgh and grandfather of Princes William and Harry would be celebrating his 100 years and, for that reason, his country once again showed respect for the pain of the Windsors. However, as Peter Morgan’s account showed, despite the tribute that England pays him today, Felipe more than once was offended by English policies for a reason: he did not have the right to put his surname on his children.

Is that, not being a direct descendant of the Windsors, using his surname Mountbatten implied breaking a hereditary line of years. “I am the only man in the country who cannot give his children his last name”Was the phrase that, according to The Crown, the duke used to express his discomfort. And, in fact, it has a certain truth since neither Prince Charles, nor Princess Anne nor Prince Andrew and Edward have their father’s last name.

Although, in honor of his recently deceased grandfather, the one who broke tradition is the least expected: Prince Harry. Well, just a few days ago he was the father of his second daughter and, just as he honored his grandmother Isabel and his mother, Diana with their names, he also did it with the Prince since the newborn has his last name: Lilibeth Diana Mountbatten – Windsor is the full name.