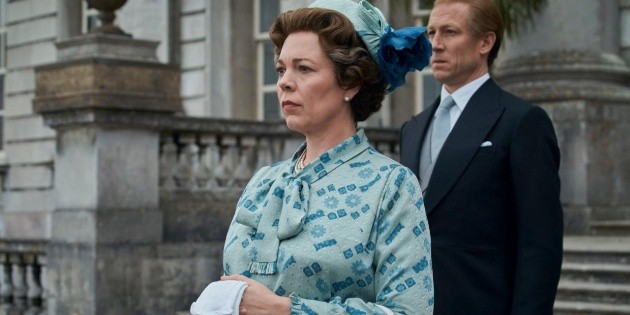 The fifth season of The Crown it is in the process of production. With Lady Di, who will be played by Elizabeth Debicki, as the exclusive protagonist, the new edition promises to focus on all the real controversies. Capturing from the 1990s and ending in the 2000s, Peter Morgan will bring to the present the harshest memories of the British monarchy, especially of Elizabeth II.


Since it was released in 2016, The Crown He made his goals very clear: to tell the story of the longest-lived monarch on a European throne. And, beyond the fact that in several seasons he has taken his creative licenses, it is quite close to reality, as Prince Harry himself has confessed. But now, the production could change completely.

While Morgan stated, more than once, that he feels more comfortable writing about things that happened 20 years ago, he is already approaching current times. That is why, in the case of wanting to continue with this Netflix series, now he will have to turn it into a fiction because the Windsors have just sealed their privacy against any leak.

On April 9, news shocked the world: Prince Philip, Duke of Edinburgh and consort of Elizabeth II, lost his life at 99 years of age. After suffering various heart problems, the father of Charles of Wales and grandfather of Princes William and Harry, passed away “in the company of his beloved Lilibeth”, According to the English Royal Household. However, after the commotion, speculation began.

And the big question was generated around his will. For the British media, knowing the future of the Duchy of Edinburgh is of vital importance, as well as for the subjects of the Windsors. Likewise, the wealth of those who descend from the Greek Royal House must now be inherited by members of the British monarchy and it is still unknown whether, for example, the Duke of Sussex was disinherited by his grandfather.

However, recently Judge Sir Andrew McFarlane, Chairman of the Family Law Division of the Supreme Court of the United Kingdom, ruled that the will must remain sealed for 90 years, that is, until 2111. “It is necessary to improve the protection of the truly private aspects of the lives of this limited group of people in order to preserve the dignity of the sovereign and her closest relatives.”, Explained the lawyer.

He also reported that the Windsors knew what each member inherited, but they were seen being held behind closed doors to avoid media attention. In this way, with this fixation, the testament will be examined by the lawyer of the monarch, the attorney general and the guardian of the royal archives. Now, with this decision a new question arises: who will be the new Duke of Edinburgh?

The Crown shows the exact moment in which King George VI, father of Elizabeth II, conceived the Duchy of Edinburgh for Philip in 1947. This noble title was created in 1726 by King George I and, since then, has transcended from generation after generation, but now it could be extinct. While all theories indicate that the heir would be Edward of Wessex, the Prince’s youngest son, nothing has yet been confirmed.

Although, the fact that Eduardo is the heir to the subsidiary titles to the duchy as Earl of Merioneth and Baron of Greenwich already makes him top the list. That is, this could open the doors for Peter Morgan or rather Netflix to focus on a new path to continue with The Crown or at least, perform a spin-off of the new Duke of Edinburgh.