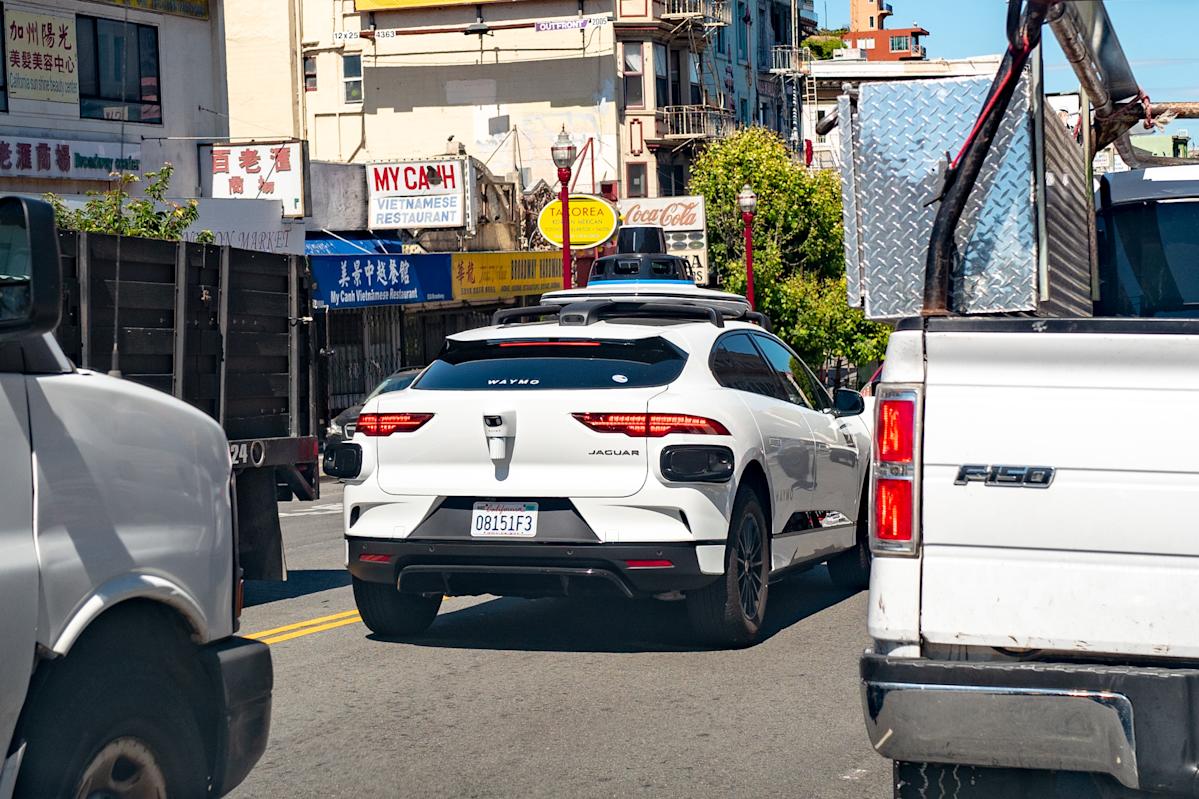 “I thought a spaceship had landed in my window.” The strong testimony comes from one of the neighbors who have alerted of an unexpected and inexplicable event: dozens of WayMo driverless vehicles get stuck in a cul-de-sac in San Francisco. And the alleged “spaceship” is but one of the Jaguar i-Paces in the fleet of electric vehicles of the driverless taxi firm.

Why do all these WayMos go to a street that has no exit and in which they neither pick up nor drive any customer?

As the neighbors explain, this strange behavior has started relatively recently: first it’s one of the cars, then another; sometimes they get stuck in line one after the other until they reach a point where they awkwardly turn around and go the way they came. It seems that the neighborhood is not too bothered by this robotic tour; It must be taken into account that since they are electric and circulate very slowly, they do not pose noise or safety problems. What they are is stunned.

The arrival of these WayMo zombies it doesn’t stop: it takes place 24 hours a day, “on many occasions we have counted up to fifty”, explains a neighbor of this peaceful neighborhood.

If you are curious to know what is causing this behavior, you are going to be disappointed, because no one can explain it. Not even WayMo.

The Verge has contacted the company and they maintain that they are analyzing this inexplicable journey.

Some of the residents have been unable to take any more and have detained one of the ‘drivers’ (in reality, they do not drive, but the legislation requires that there be a human at the wheel even though driving is autonomous).

Their answer has not cleared up the doubts either: the vehicle does its job and they are only there to supervise that everything is going well.

Faced with this widespread confusion and awaiting an official verdict, we can only enter the field of speculation. It seems clear that it is a system failure and not a programmed behavior: traveling meters in vain only generates expenses for the company and does not contribute anything, except in the case of strict compliance with traffic regulations.