Home
Technology
The Cyberquad that Tesla sells for children for ‘only’ 1,680 euros

The Cyberquad that Tesla sells for children for ‘only’ 1,680 euros 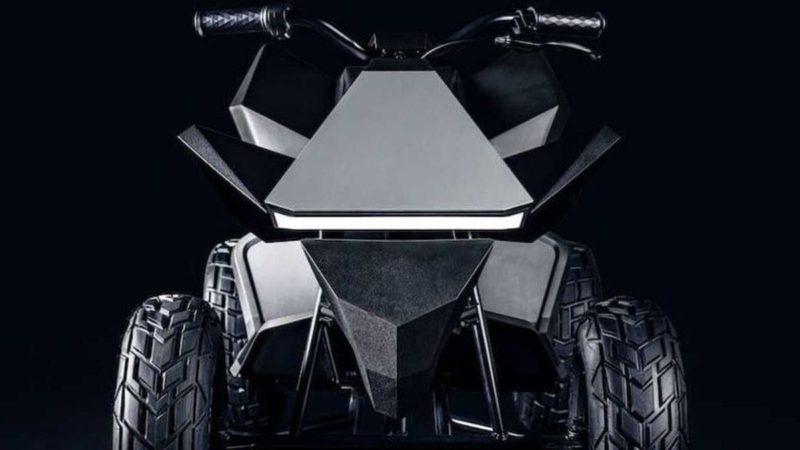 Tesla is one of the most important firms in the electric car segment. It has served as an inspiration for many, but they also have to renew their line to compete in an environment in which there are more and more rivals.

The last chest do was given a couple of years ago presenting the Cybertruck or ‘cyber-truck’ the company’s response to such popular concepts as the Ford F150, one of America’s best-selling vehicles in its concept truck.

The “Cyberquad for kids” of Tesla is available for purchase on the website of the company. But being a Tesla obviously its price had to be consistent: 1,900 dollars, about 1,680 euros to change, priced high compared to toys in its class, but the lowest-priced vehicle in Tesla’s current range by far.

Of course, it should be noted that the materials of the Cyberquad are well above those of a battery electric car for children, with a full steel chassis, along with cushioned seats and a fully adjustable suspension.

Apart from being the cheapest Tesla to buy, according to the company this Cyberquad Kid’s Edition can travel up to 24 kilometers on a full charge, it takes 5 hours to charge. Nor is he going to break any land speed records, with a speedometer that reaches a maximum of 16 km / h (which can be limited to a maximum of 8 km / h for safety if desired). It’s pretty fast for a kiddie ride vehicle though, so probably Tesla rates it as designed for children ages 8 and up, with a maximum weight of 68 kilos.

The Cyberquad for kids is only available in the United States for now, and Tesla does not guarantee its delivery in time for Christmas, although it would be an impressive thing to unwrap under the tree.

Meanwhile, the actual Cybertruck that inspired it will not launch in 2021 as expected, and is delayed until late 2022. In fact, it is still unclear if the full-size Cyberquad will arrive then, although Elon Musk has already hinted that it will ship alongside. to the electric truck.