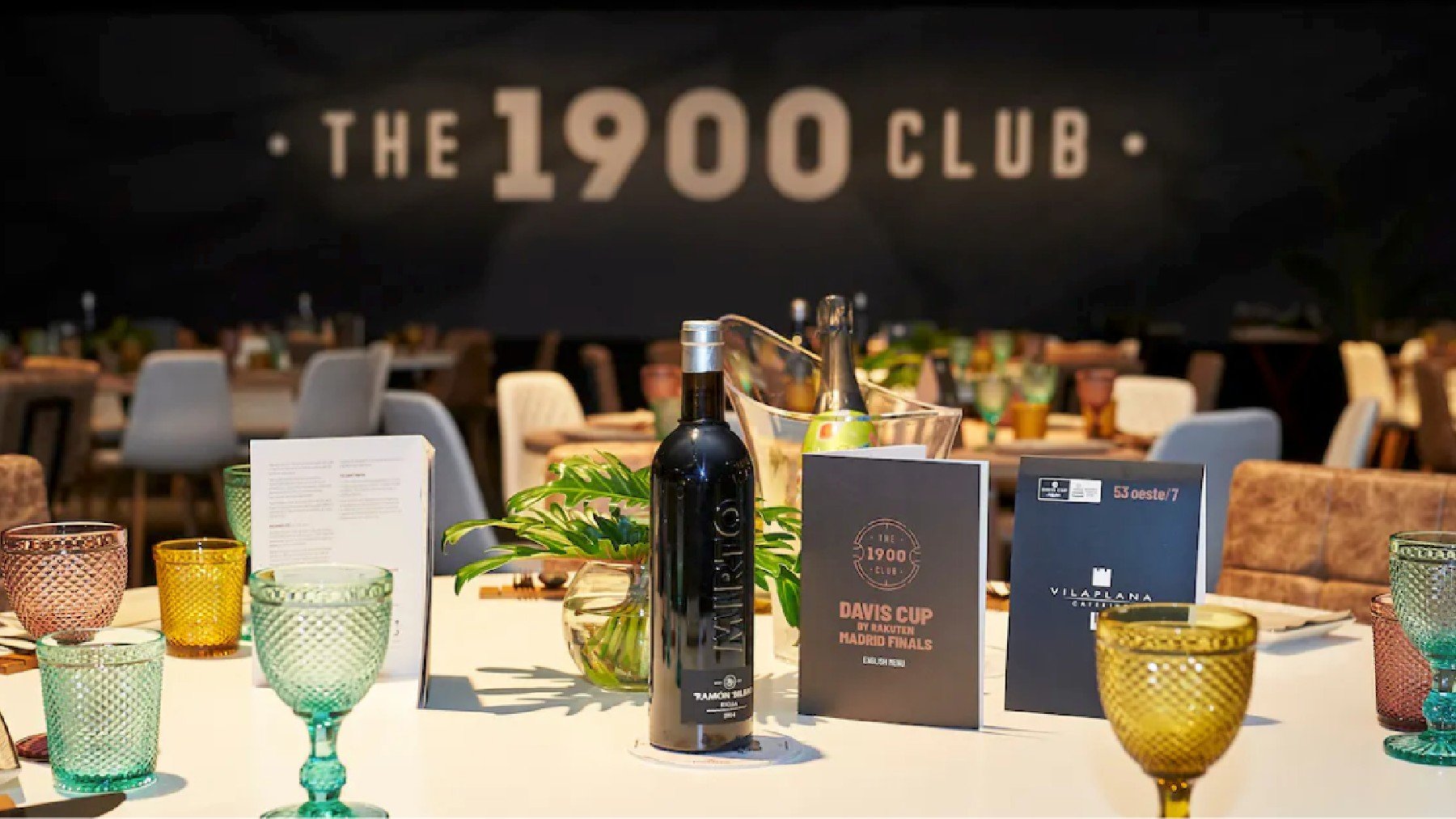 The Davis Cup once again has ‘Eat Madrid’: the gastronomic space of Vilaplana Catering

After the great success of organization and public in 2019, the Davis Cup by Rakuten Finals, organized by Cosmos Tennis, starts next November 25. Gastronomy and the best tennis in the world will meet in the Madrid Arena. Eat Madrid is the culinary bet from the hand of Vilaplana Catering that ensures a gastronomic tour of the best restaurants in the capital without leaving the sports facilities, in The 1900 Club.

Vilaplana Catering brings together chefs of the stature of Ricardo Sanz, which opened Kabuki in 1999 and which has become a meeting place between Japanese and Mediterranean cultures; Sacha Hormaechea, a culinary artist who has been linked to cooking all his life, and now enjoys creating recipes and dishes at La Botillería; or Jose Carlos Fuentes, who was awarded as Chef of the Year in 2010 and since 2018 holds the title of Executive Chef at El Club Allard restaurant.

With an avant-garde gastronomic offer, the Sandoval Brothers (Coquetto) will also be present in this unique space for the most exquisite palate, who have achieved 2 Stars in the Michelin Guide, 3M in the Metropolis Guide and 3 Suns in the Repsol Guide in their Coque restaurant; Roberto ruiz revolutionary chef who likes to reinterpret flavors and techniques; or Javier Bonet, with its Sala de Despiece restaurant, where it tries to pay tribute to the traditional tapas of the Chamberí neighborhood.

The sweet touch they put it Oriol Balaguer at La Duquesita, a signature pastry shop, with its own signature and a personal style that will not go unnoticed; and Jordi Roca, one of the best-known pastry chefs in the world, with Rocambolesc, 100% handmade ice creams with vintage aesthetics so that tennis lovers who are looking to savor the best of Madrid, get to know the sweetest part of El Celler de Can Roca.

Hector Henche You will surprise with an exclusive cocktail bar by the hand of Fizz Bartenders, with its creative bars and imaginative proposals that have been present in many international events. The gastronomic proposal, awarded internationally, will include some recipes such as spicy tuna tartare, cockles in lime, roast suckling pig or caviar artichoke, among other delicacies.

“Madrid will host one of the largest international sporting events and, without a doubt,” Eat Madrid “will not leave anyone indifferent, a surprising journey through the most traditional gastronomy”, he points out. Fran Benitez, Regional Director of Vilaplana Madrid. The haute cuisine concept, which brings together the most prestigious chefs on the current scene, seeks to offer fans a unique experience that goes far beyond tennis,