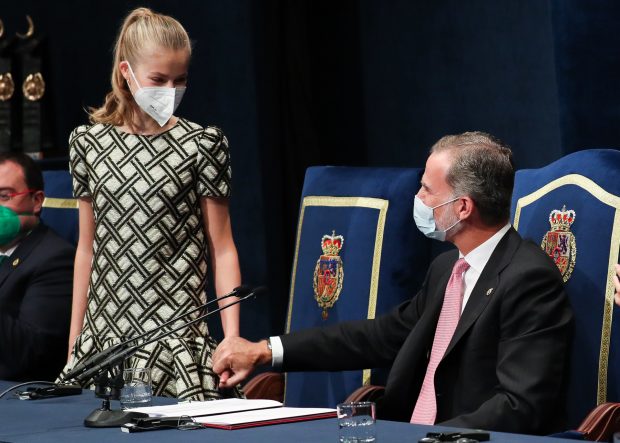 Barely a month after the last installment of the Princess of Asturias Foundation Awards, the institution of which Leonor is honorary president is already starting preparations for next year.

The institution has already opened the submission deadline for next year and, based on this, has begun to distribute the publication in which the call and the regulations of the awards are included in view of what will be the fortieth second edition of the awards. Some bases that are available on the website of the Princess of Asturias Foundation in Spanish, English, French, German and Portuguese.

As established by the regulations, they may submit candidatures to the Princess of Asturias Awards In the various categories, the winners in previous editions, people and institutions invited by the Foundation, Spanish embassies, diplomatic representations in Spain, the members of the eight juries, provided that the nominations they present do not compete for the Prize in the category of whose jury they are part, and other people and institutions of recognized prestige.

At present, the awards are eight in total: Arts, Social Sciences, Communication and Humanities, Concordia, International Cooperation, Sports, Scientific and Technical Research and Letters. All of them aim to “recognize the scientific, technical, cultural, social and humanitarian work carried out by people, institutions, groups of people or institutions in the international arena”, reads the regulation.

It is still early to know more details about it, but it is known that the awards ceremony will take place in Oviedo, at the Campoamor Theater, the third week of October, as is customary. It will be the fourth time for Leonor, who by then will be about to turn 17 and will be in her final year at Atlantic College in Wales.

At the moment the Princess’s plans are not known once she finishes her school stage, although everything indicates that she will begin her military training before starting university studies, in the same way that other royals such as Elisabeth de los Belgas or as his own father.

Each of the eight recipients of the Princess of Asturias Awards You will receive a sculpture by Joan Miró – a distinctive symbol of recognition -, a diploma, a badge with the Foundation’s coat of arms and a cash amount of 50,000 euros.