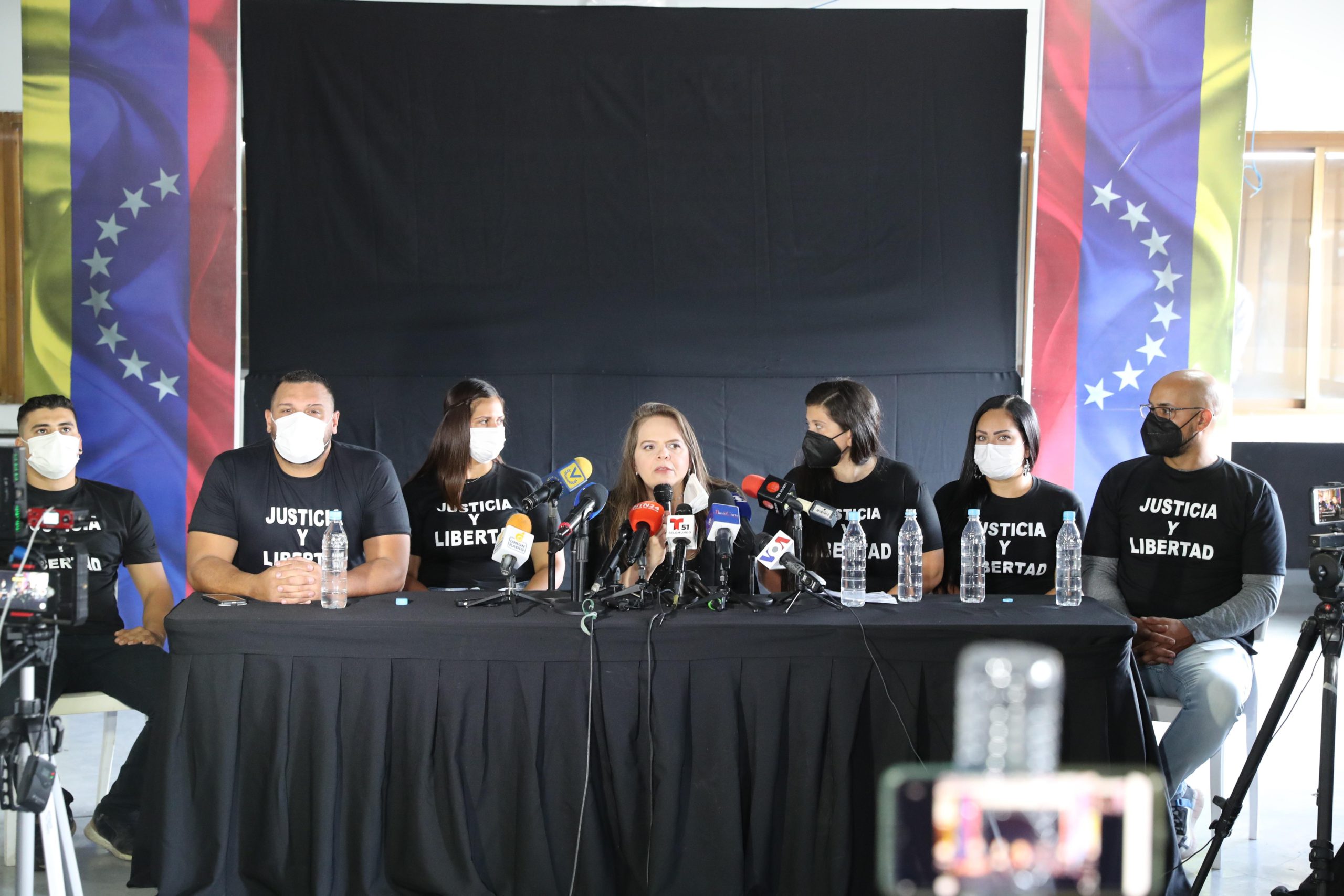 General Raúl Isaías Baduel died in the arms of his son Josnar Adolfo in the cell they shared in Helicoide, a former Venezuelan intelligence service prison in Caracas. This is the version that his family gave on Friday at a press conference to denounce the details omitted by the government about the death of the soldier, which they learned from a tweet by the prosecutor Tarek William Saab in which he advanced the cause of the death: cardiorespiratory arrest due to covid. The Baduel family and their lawyer Yasnaida Villalobos say they have reasons to doubt the prosecutor’s diagnosis and have requested an independent international investigation to clarify the circumstances of a new death of a political prisoner in State custody, which is added to nine other cases that have occurred since 2014. This request has also been made by the office of the United Nations High Commissioner for Human Rights, the IACHR and the OAS. The government of Nicolás Maduro has already denied it through a statement from its foreign minister.

“My brother told us that he asked for medical attention over and over again; however, medical assistance arrived at 4:58 in the afternoon and my dad passed away at 5:00. They did not want to attend to him. My brother did what he could, but he died in his arms, ”said Andreína Baduel, one of the general’s daughters. Another of the daughters of Hugo Chávez’s former defense minister, Nayeska Baduel, said that she had visited him three days before his death, the first authorized contact after a year of isolation. Nadeska assures that that day his father complained of the ailments associated with a surgical intervention to which he was subjected last December and of which they found out now. According to the Baduels’ testimony, the 66-year-old soldier was taken without notifying his defense to a hospital tent. There he was operated on for inguinal hernias and returned to jail without any type of medical observation or rest. “I hold the State responsible for not having given the necessary care to my father,” he said.

Baduel was one of the most emblematic prisoners of Chavismo. From having saved Hugo Chávez during the brief coup that he suffered in 2002, he became his enemy to the point of being imprisoned in 2009 for alleged illicit enrichment two years after his retirement. He spent six years in prison until he received a measure of probation in 2015 that was revoked two years later. In 2018, he was demoted and dismissed from the National Armed Forces along with other officers involved in activities considered conspiratorial. He was imprisoned along with his son Josnar, accused of being part of the so-called Operation Gideon in which an armed group landed on the Venezuelan coast with the intention of forcing the fall of the government. Another of his sons, Raúl Emilio, was imprisoned during the massive protests in 2014 and granted amnesty in 2018. Baduel died after spending four years in prison without a trial, said his lawyer, much of that time in La Tumba, a maximum security cell. in the basements of the intelligence service headquarters designated as a torture center.

Controversies over the death of General Baduel once again complicate the international panorama of the Maduro government. Sitting at a table with the opposition, at the gates of an election in which after seven years of abstention the parties that oppose him participate and has international observation – not without controversies -, Chavismo, cornered in its diplomatic siege, also It had begun to make judicial reforms to improve its image after the devastating reports of the UN Independent Mission and to attenuate the accusations of the International Criminal Court.

The turn has some important milestones. In 2018, when the opposition councilor Fernando Albán died after falling from a 10th floor of the intelligence service headquarters, the prosecutor Saab anticipated the suicide thesis. Five months ago the official retracted, acknowledged that it had been a murder and ordered the capture of the agents who were guarding him. In that same statement, he also recognized as murders the cases of Captain Rafael Acosta Arévalo, who died as a result of torture, and Juan Pablo Pernalete, who was hit by the shooting of a tear gas in the protests of 2017. In September, with a very low profile, too some releases of political prisoners began to take place.

This is a radical change in the position of the Prosecutor’s Office, considered one of Maduro’s repressive arms. The pressure for the accusations of crimes against humanity, of which the ICC has said that there is reasonable evidence to investigate them, seems to be the greatest crossroads of Chavismo, an area in which they have little room for maneuver. Beyond the legal consequences that could take, the process in The Hague raises the diplomatic siege that the Chavista government tries to tear down mainly with the lifting of sanctions.

Recently, the National Assembly, bent on Chavismo, issued without major public consultations a package of laws that try to cover the enormous potholes left by human rights violations in the country. Some of the legislative advances have to do with the demilitarization of justice, the possibility that human rights NGOs assume the defense of those who have had their fundamental guarantees violated, and the reform of the Penal Code, which cuts judicial lapses to accelerate the procedures and puts a three-year limit on how long a person can be incarcerated without receiving a conviction. “If Venezuela were a country of laws, these legislative changes would bring some improvement to the justice system. These modifications do not point to the enormous pachyderm that they do not even dare to mention: that in Venezuela we do not have impartial or independent judges, but simple officials who limit themselves to following orders, ”says an analysis of the Access to Justice reforms.

Baduel’s death and his international condemnation have once again stirred the cause of political prisoners. What happened clouds the movements with which Chavismo seeks to raise its head in international forums, where it accumulates a thick file of human rights violations. This week, relatives of political prisoners protested to demand that the ICC expedite its decision on opening an investigation against Maduro and other senior officials. This case will undoubtedly dot the meeting between the opposition delegations and the government in Mexico next week, in which the issue of political prisoners has not yet reached agreements.