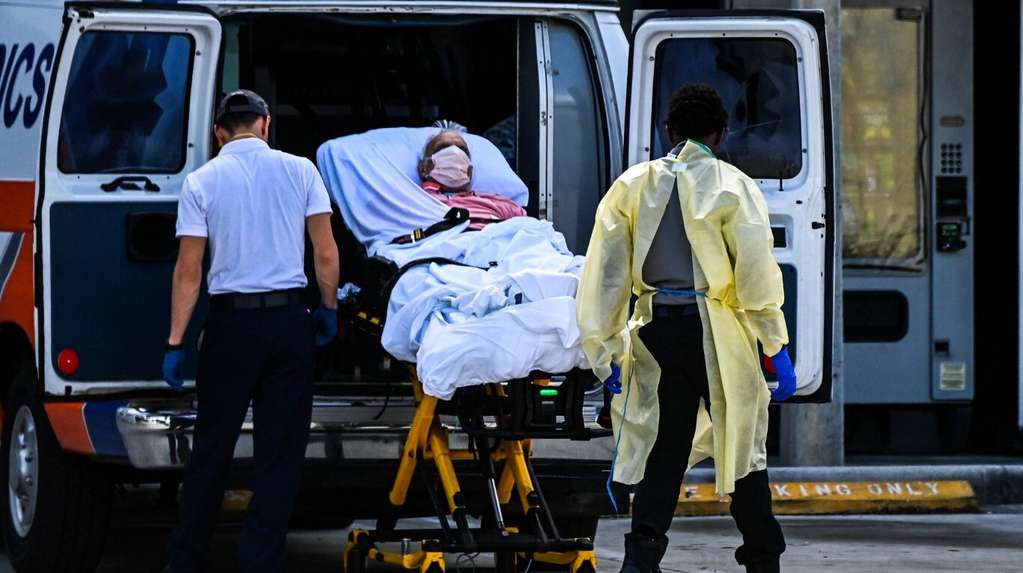 The Delta variant generates a strong rebound in infections, hospitalizations and deaths from coronavirus in the US

Deaths and cases of COVID-19 on USA rose again to levels not seen since last winter, under the impulse of the Delta variant.

Today the United States has a daily average of more than 1,800 deaths from COVID-19 and 170,000 new cases, the highest levels, respectively, since the beginning of March and the end of January. Both numbers were on the rise over the past two weeks and more than 100,000 remain hospitalized for severe Covid.

Cases are concentrated especially in the south of the country, where the resistance of some Americans to getting vaccinated is strongest.

Although the outlook is improving in some hard hit by the fourth wave, such as Florida and Louisiana, infection rates They’re skyrocketing in Kentucky, Georgia, and Tennessee, due to a relaxation in the restrictions on the use of masks and the low levels of vaccination.

According to local media, there is a serious shortage of medical personnel in Kentucky and Alabama. Hospital beds are missing in Tennessee. Intensive care units in Texas are at or over capacity.

The deteriorating outlook after nine months into the vaccination campaign in the country generates frustration among medical professionals, who see the current crisis as something that was preventable: the vast majority of deaths and hospitalizations had not been vaccinated.

“We try to educate based on science, but I think most of the learning that is happening now is based on tragedy, personal tragedy” said Dr. Ryan Stanton, an emergency room physician in Lexington, Kentucky.

How vaccination is progressing in the United States

Currently, 63.1% of the population over 12 years of age is fully vaccinated, that is, 54% of the total population.

This places the United States far behind world leaders such as Portugal and the United Arab Emirates (where 81 and 79 percent are fully vaccinated, respectively), despite being on American soil. vaccines abound.

There are also large disparities between states. “There are still places in the country where the adult vaccination rate is less than 50%,” virologist Angela Rasmussen told the news agency AFP.

“If we had not received the vaccine, we would have seen much higher cases and much higher mortality“, said to CNBC Arturo Casadevall, president of molecular microbiology and immunology at the Johns Hopkins School of Public Health. “It is very clear that people who receive the vaccine can get [Covid]But it is also clear that the probability that they will contract a serious illness, or that they will have to go to the hospital, or that they will die, is much lower than if they had not been vaccinated. So the vaccine is quietly in the background saving tens of thousands of lives. “

In the US autumn is coming And, with the colder climate and the confinement that comes with it, several fear the virus will spread more easily. For some scientists, the country could reach the peak of the wave, but others fear that there will be a new rebound.

“I believe that we are likely to reach the peak but I think the only thing we need to see before we know for sure is what the data will look like after the whole country has started the school season, “he told CNBC Dr. Bruce. Farber, chief of infectious diseases at Northwell Health in New York.

Angela Rasmussen said she was not sure the fourth wave is over: “In the fall-winter wave, there were periods of a strong exponential increase and then it seemed that it was falling, to then increase again.”

A few days ago, the president Joe Biden announced that the Department of Labor is considering making companies with 100 or more employees make full vaccination against COVID-19 mandatory or show a negative test result at least once a week. Some 100 million workers they would be subject to the requirement, according to the president.

The president criticized the millions of people who remain unvaccinated, despite the fact that the injections are free and widely available. “We have been patient, but our patience is wearing thin and your refusal has cost us all” Biden said.