The devastating balance of Iglesias: the Covid increased the deaths of dependents by 31.5% 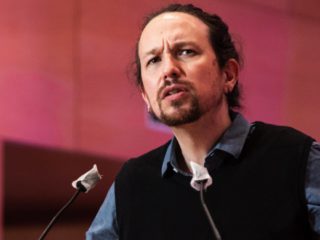 Between March and December of last year there was an ‘excess’ mortality among dependents of 31.5%, that is, 50,502 deaths more than expected. These are data provided this Monday in the Opinion of the Observatory of the Unit, prepared by the Association of Directors and Managers of Social Services. The devastating figure confirms the brutal impact of the pandemic among this group. Although the ‘excess’ of mortality does not detail the specific causes of death, it is understandable that, logically, the main reason has been the Covid disease. The data reveals, once again, the management of Vice President Pablo Iglesias, who is responsible for the care of people in a situation of dependency.

In the middle of the crisis of the first wave, in March, Pablo Iglesias took command of the social services of all Spain. However, the still second vice president has avoided assuming responsibility for the disastrous management of the pandemic. Faced with criticism, Iglesias limited himself to influencing the sole competence of the autonomous communities.

From the association they are very critical of the attention from the administrations. «Few matters of State reach such a consensus and are of so much social urgency such as care for people in a situation of dependency. And yet, until the end of last year we have seen merciless cuts, broken promises and false expectations», They indicate in the dossier, to which OKDIARIO has had access.

“Not even in a year marked by the pandemic, which has terribly affected people in a situation of dependency, was the budget increased by a single euro to an extraordinary extent,” they lament. Between March and December 2020, 45,338 people died on the waiting list, without being attended to.

With these data, they highlight that “it is time for the Government of Spain comply with and enforce the law ”.

“It is a policy of interest to citizens, since throughout our lives we live with dependent people and many of us will end up in a situation of dependency. This requires that attention be paid to this policy with an open mind, a sense of State and respect for the Law. Complying with the Law and promoting social protection in this matter must be the subject of a large agreement and not timely electoral offers. But it happens that state non-compliance, and that of some autonomous communities, has turned solid subjective rights into ephemeral and paper rights “, they reproach from this group.

Iglesias has played a passive role in managing the health crisis. OKDIARIO has already revealed that it refused to meet with representatives of the residences, a critical point of the pandemic. In the most critical months, these centers tried 5 times to contact the vice president, without success.

In August, in full concern about the outbreaks, Pablo Iglesias avoided summoning the residences to a meeting of the working group to address the situation in these centers, despite the insistent request from their representatives.

The Podemita leader took seven months to respond to their claims, with measures such as the extensive use of tests or the adequate provision of PPE.