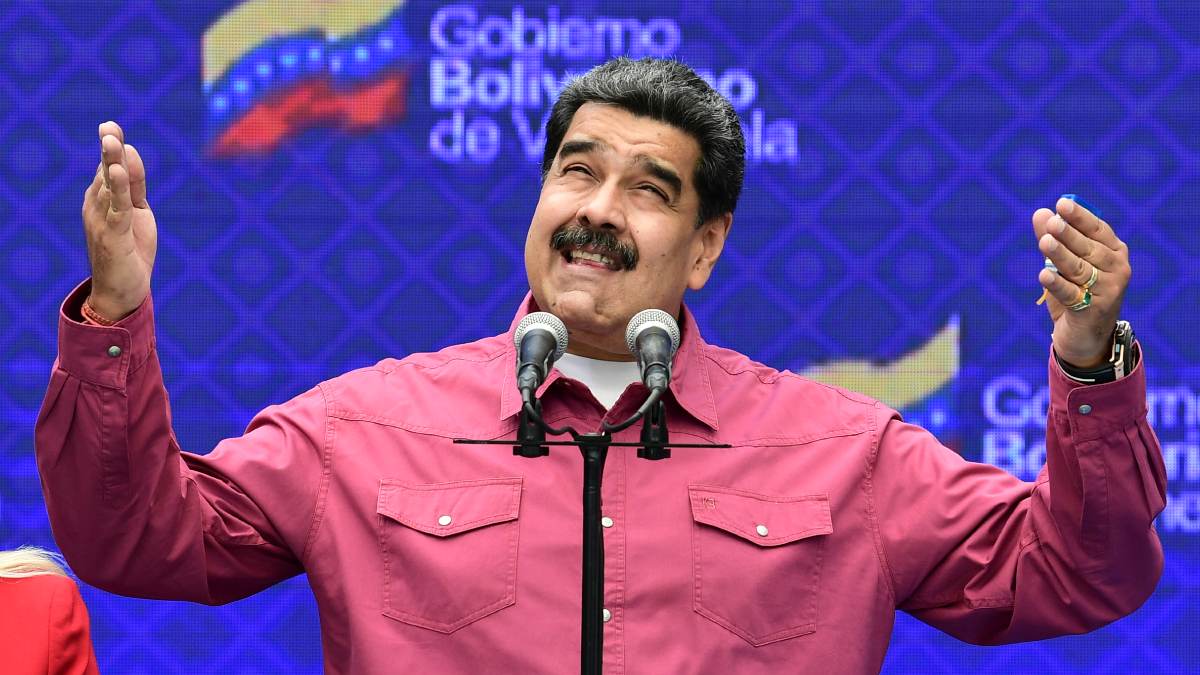 The dictator Nicolás Maduro has traveled to Mexico to participate in the summit of the Community of Latin American and Caribbean States (CELAC) to be held this Saturday, although initially his participation was not confirmed. It should be remembered that the US offers 15 million dollars for the capture of the drug dictator, which has significantly reduced his trips abroad.

Through his Twitter account – despite not respecting human rights, the US social network does not close his account – Maduro has shared a photograph with the Mexican Foreign Minister, Marcelo Ebrard, and a video on the plane that has taken him to the North American country.

“We have been studying the proposals that we are going to make” at the summit, Maduro has detailed, who has influenced Venezuela participating in the meeting with the “truth.”

#EnVivo 📹 | We arrived in Mexico to participate in the VI Summit of Heads of State and Government of CELAC. https://t.co/Ws2t2sIeJ0

Thus, he has argued that CELAC is the “way” to follow in Latin America. “We saw its trajectory, its foundation and now its relaunch,” he pointed out, noting that “the union of Latin America and the Caribbean is above any problem, any difference.”

For its part, the Ministry of Foreign Relations of Mexico, through the aforementioned social network, has shared some photographs of Maduro and Ebrard and has welcomed the Venezuelan president to the country.

Maduro’s participation in the summit, in which the future of regional integration is called to be debated and, in particular, the framework of the Organization of American States (OAS), of which the United States and Canada are also part, does not it was confirmed. In fact, the vice president of Venezuela, Delcy Rodríguez, traveled to Mexico hours before “on behalf” of Maduro, as detailed.

The president of Mexico, Andrés Manuel López Obrador, advanced that the meeting will be attended by 17 leaders, two vice presidents, nine foreign ministers and other top-level authorities.