The Director: the new Netflix series with a former Grey’s Anatomy star 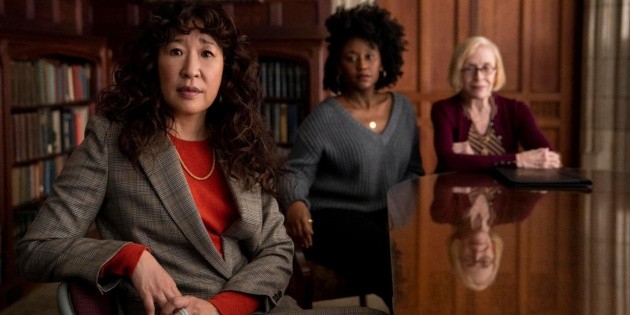 The director It is one of the great releases that the streaming service will have Netflix in the month of August, together with other series that will arrive and you can see doing click here. This comedy will star Sandra Oh, whom we know from popular roles like Dr. Cristina Yang on Grey’s Anatomy; and Eve Polastri’s on the award-winning series Killing Eve, for which she won a Golden Globe and two SAG Awards.

“At the major Pembroke University, Dr. Ji-Yoon Kim becomes president and tries to meet the dizzying demands and high expectations of a failing English department”, advances a first synopsis of a first season that will be composed of only six episodes, each lasting about 30 minutes.

This production is a creation of Amanda Peet and it was scripted by David Benioff and DB Weiss, the showrunners of Game of Thrones, one of the most important fictions of recent years. They will take us to the story of a woman who faces a unique challenge in her career: running the English department as one of the few people of color on the staff.

Sandra Oh He will be in the title role, after a few months of speculation about a return to Grey’s Anatomy for season 18, but he finally denied it in mid-May in a conversation with the Los Angeles Times. The cast is completed with Holland Taylor (Joan Hambing), David Morse (Paul Larson), Everly Carganilla (Ju-Hee Kim) and Nana Mensah (Summer McKay). Check out the trailer!


+ When does La Director premiere?

As we mentioned before, it will be one of the most important releases of Netflix next month. In May the social networks communicated a date, but now we know that it was seven days earlier. Therefore, the series The Director will be available on the platform from August 20 and not the 27 as reported a few months ago.