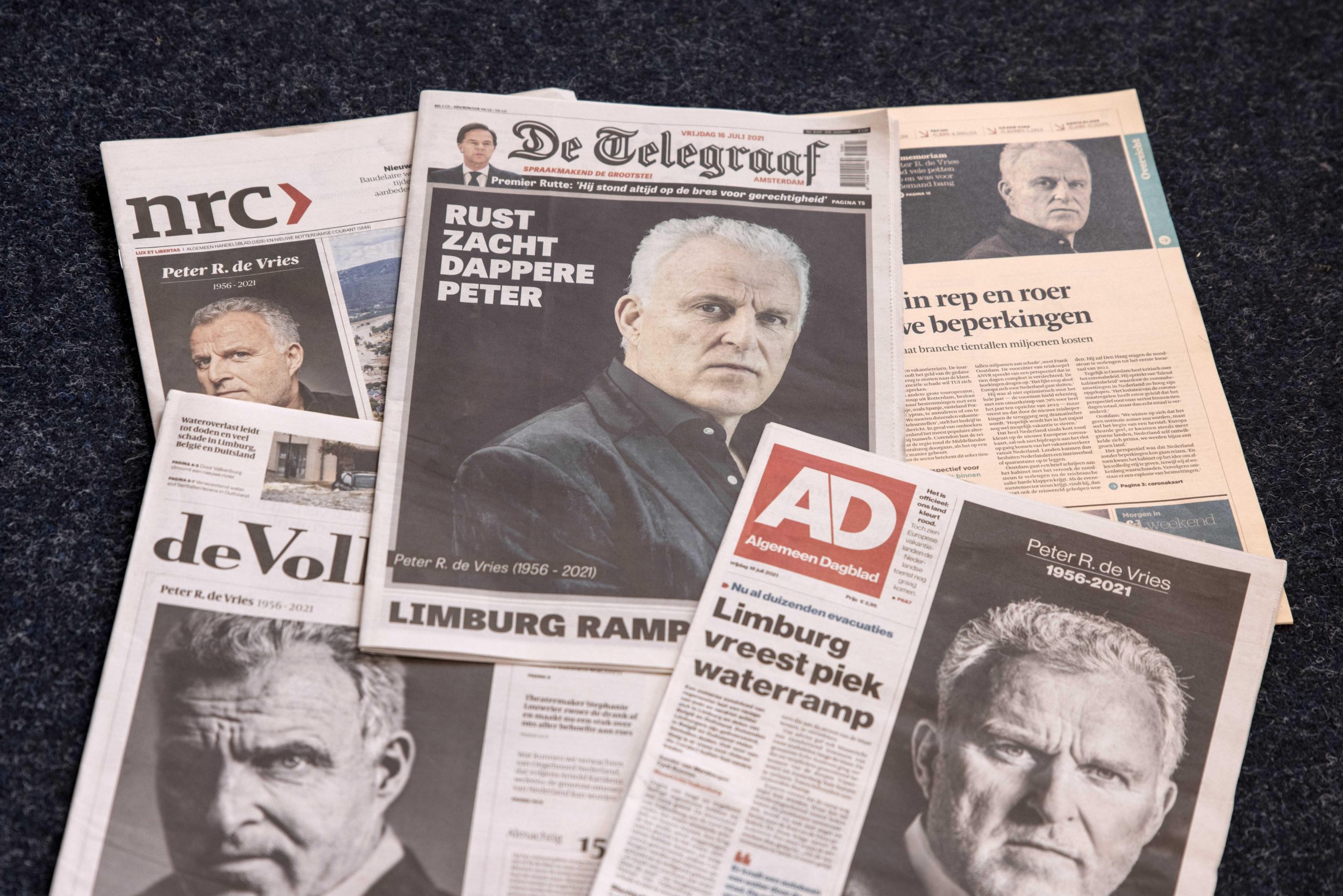 Dutch investigative journalist Peter R. de Vries was shot in the head in Amsterdam on July 6 and died nine days later. A few minutes after the attack, the police arrested two people aboard a stolen car. They are Delano G. and Kamil E., who appeared before the judges this Monday in the phase of proceedings prior to the start of the formal trial, scheduled for 2022. According to prosecutors, Delano G., 22, was the author. shot material with an automatic pistol. Kamil E., 35, drove the stolen car in which they both tried to flee. The second is a Polish national and has had an interpreter in the room. The prosecution considers them “suspects in the murder of a well-known and beloved reporter, who was advising the prosecution witness in the Marengo process”. They refer to the largest case against drug trafficking opened in the Netherlands, and the Prosecutor’s Office maintains that what happened is related to De Vries’ work. It is not yet known who gave the order to shoot.

It is the first time that the family of the deceased has seen the two alleged perpetrators of the crime, who will remain in preventive detention. According to the national press, Delano G. is the nephew of an associate of Ridouan Taghi, the main defendant in the Marengo case. The brother of the prosecution witness in that case and his lawyer were murdered between 2018 and 2019. During the session this Monday, it was explained that several people saw Delano G. on the street waiting until the journalist passed in front of him. to the parking lot where he left his car. It was 7.30pm and De Vries was coming back from the studios that the commercial television channel RTL has in the center of Amsterdam. Delano G. shot him in the head and hip, and four bullet casings were later found at the scene. Other witnesses have testified seeing both suspects at the crime scene. Police say they had a pistol, a rifle and ammunition in their possession when they were stopped inside a car on the highway. In their hands there were traces of gunpowder, and in the trunk they carried a can of gasoline to later burn the vehicle.

During the session, Delano G, of average height and with a beard, declined to speak. For his part, Kamil E., somewhat larger, with glasses and numerous tattoos, has denied his participation. “Your Honor, I have not killed anyone, I do not know anything about the murder and I have not seen any weapons.” His lawyers stress that Kamil E. is heard saying the same thing “in conversations intercepted by the police.” They explain that the records have not found evidence that he was preparing an assault of this kind, “and that he drove the car during the getaway does not make him an accessory to a murder.” They also recall that “the 50,000 euros that he supposedly received for his role in this death” have not been found either.

Prosecutors, however, are “100% convinced” that the suspect took a few reconnaissance tours of the neighborhood in question. It happened two weeks before the attack, and he appears in the videos of the security cameras installed in the parking lot where Peter R. de Vries left his car. The mobile phones of the suspects are now being decrypted by the police, and the defense has complained in the room that the Prosecutor’s Office keeps all names anonymous: from witnesses to agents and forensics. For the detainees’ lawyers, this can lead to a phantom trial. The case has been postponed until December 6.