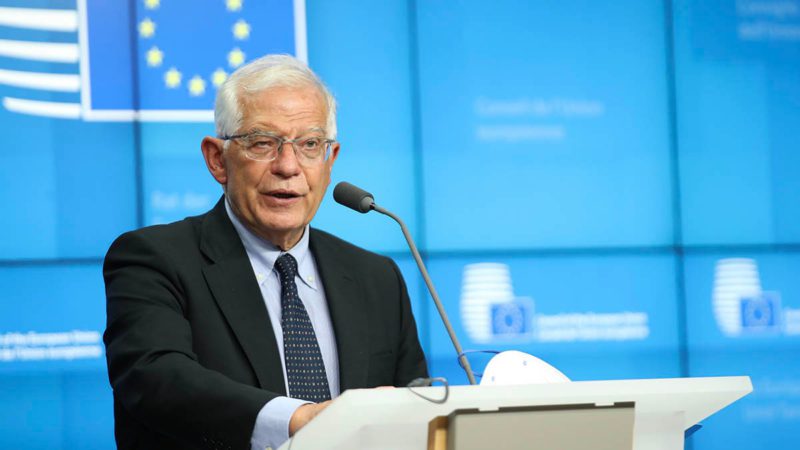 The European Union is going to extend the sanctions against Venezuela for a further twelve months, a renewal that was approved a couple of weeks ago by the transnational body and which dates back to 2017. This announcement comes after local elections that were qualified of “gross manipulation” by the United States. The EU sent an ‘Observation mission’ to follow the elections orchestrated by the drug dictator Nicolas Maduro and they produced a report in which they publicized “improvements”, but in which no real democratic guarantees appeared.

The annual renewal of the sanctions was decided on November 11 at a meeting of the Twenty-seven on Trade. The decision came in the middle of the electoral context before the elections on the 21st and a few days after the arrival of the delegation of MEPs that followed up on the electoral process.

The Council usually reports on new sanctions or modifications of measures against third countries through press releases, something that did not happen in the case of Venezuela. On the other hand, that same day, it did publish a press release on the renewal of the existing sanctions against gas exploration in the Eastern Mediterranean.

Now, after the Venezuelan elections, the Council has reported on the measure through a statement by the EU High Representative for Foreign Policy, Josep Borrell, taking advantage of candidate countries to join the EU such as North Macedonia, Montenegro, Serbia and Albania, in addition to Iceland, Liechtenstein and Georgia have aligned themselves with the extension of the sanctions.

The sanctions against Venezuela date back to 2017 and contain a European blacklist that includes 55 people accused of undermining democracy and violating fundamental rights from their respective positions.

After learning of the renewal, the Venezuelan Foreign Minister, Félix Plasencia, accused the EU of “torpedoing” the regional and municipal elections and made it unpleasant that the European bloc approved them “from the shadows”, with hardly any public communication.

The United States, for its part, denounced the electoral farce perpetrated by the narco-dictator Nicolás Maduro this weekend in Venezuela, describing the local elections as “flawed.” According to a statement from the US Secretary of State, Antony Blinken, released this week, Maduro “grossly skewed the process to determine the result long before any ballot was cast,” while transferring his support to “the opposition led by Guaidó ».