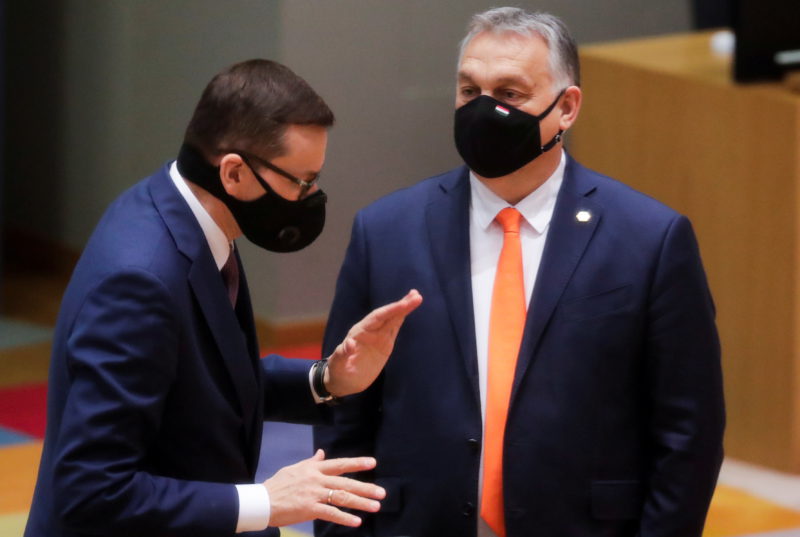 The European Union’s General Counsel on Thursday rejected the appeals raised by Poland and Hungary against the conditionality mechanism, a tool approved in December 2020 to ensure that not one euro of the historic recovery funds ends up in the hands of those who fail to comply. The rule of law. The conclusions, which are not binding, mark the course of what is expected to be ruled by the Court of Justice of the EU, whose judgments tend to coincide in most cases with the opinion of the Advocates General. The final decision is expected at the beginning of next year and, following the current line, it will allow Brussels to tighten the screws a little more on its wayward neighbors to the East by slowing the flow of European budget items towards Warsaw and Budapest.

The text of conclusions, drawn up by the Spanish Manuel Campos Sánchez-Bordona, considers that the conditionality regime was adopted by the European legislator on an adequate legal basis and respecting the principle of legal certainty. Thus, he dismisses the arguments of the residents of the East, who considered that the regulation did not serve to create a budgetary norm, but that it had given life to “a procedure of political content and meaning” and a “political evaluation mechanism” with which Brussels intends to meddle in its internal affairs, as the defenses of Hungary and Poland denounced in the oral hearing held last October.

Sánchez-Bordona considers, on the other hand, that the rules emanating from the institutions of the Union that seek to react “against certain violations of the rule of law that affect budget management are compatible with the Treaties.” Furthermore, it considers that the creation of the conditionality mechanism is compatible with Article 7 of the EU Treaty, a precept colloquially known as the Union’s nuclear button. This provision was intended as a kind of deterrent weapon of last resort against countries that violate the fundamental values ​​of the bloc. The conclusions thus disregard another of the requests from Warsaw and Budapest, which considered that the European legislator exceeded its functions, creating the conditionality mechanism as a punitive sanction with the intention of “circumventing” this other instrument that has never succeeded in succeeding in against him, due to the lack of a sufficient majority in the Council.

“The mechanism of the Regulation is similar to other instruments of financial conditionality and budget execution that exist in various areas of Union law, and not that of Article 7,” considers the attorney general. In addition, it continues, “unlike the Regulation, Article 7 requires that there be a serious and persistent violation of any of the Union’s values, and not just the rule of law.”

The conclusions bring a little closer the possibility of Brussels firing from a new front against the wayward Eastern governments, making use of this new tool negotiated in 2020 together with the historic package of recovery funds and approved after arduous negotiations with Hungary and Poland. . Despite its adoption, both States immediately appealed to European justice and made a commitment that the mechanism would not be applied until the court ruled. Since then, he has been in a kind of limbo. Despite this, the European Commission took the first steps at the end of November to activate the conditionality mechanism, demanding in writing from Hungary and Poland detailed explanations about the impact that the deterioration of the rule of law in both countries may have on the management of European funds. Brussels is thus trying to buy time in the face of pressure from the European Parliament, which has denounced the EU executive for not activating the new conditionality regulation.

The Community Executive is aware that one of the most powerful weapons to subdue Hungary and Poland is the economic one. And indeed these two countries are among the few whose recovery plans to deal with the pandemic have yet to receive the go-ahead. In the Polish case, intense negotiations are continuing between Warsaw and the community capital to set a calendar of reforms of the judicial system that includes the dismantling of the disciplinary chamber of the country’s Supreme Court, a body that threatens the independence of judges, according to Brussels , and the restitution of the judges sanctioned by this chamber.