Home
News
The evidence of the violence suffered by Lucio Dupuy: in a video he is seen beaten and fractured before the crime

The evidence of the violence suffered by Lucio Dupuy: in a video he is seen beaten and fractured before the crime 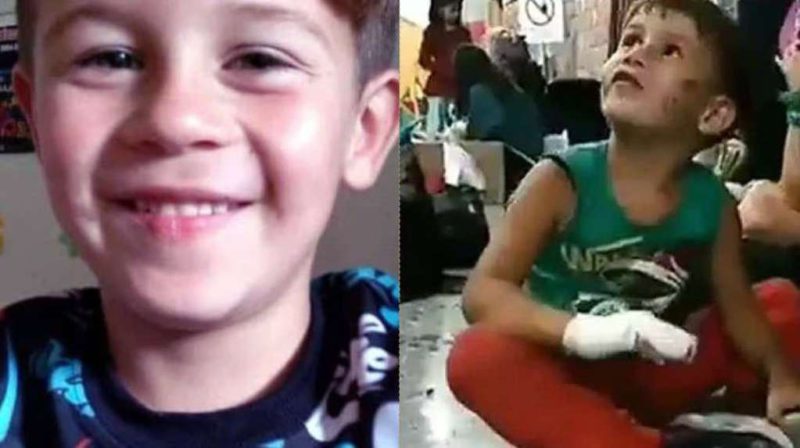 A video that went viral on social networks in the last hours revealed the mistreatment suffered by Lucio Dupuy in his home long before he was murdered. The images were recorded in December 2020 and show the baby beaten and fractured.

In the footage, the victim can be seen playing on the floor during an alleged women’s meeting. In the same way, the marks of blows that he has on his face and a two finger splint bandage on the right hand.

Read also: Lucio Dupuy entered the hospital five times for fractures and injuries before being killed

The injuries that were recorded coincide with the information revealed by Lucio’s medical history, according to which the baby was attended at least five times in different hospitals in a span of just three months: between December 2020 and March of this year.

Lucio’s latest admissions to the hospital

The December 15, 2020 Lucio Dupuy entered the hospital ward for “upper limb trauma” and an “exposed finger fracture”. Three days later, a report from the Lucio Molas hospital in Santa Rosa complements this diagnosis: they found a “fracture at the wrist and hand level” and “fractures in other carpal bones.”

The January 22, 2021 The baby was assisted again, this time in a small room in the Río Atuel neighborhood near where he lived. There, “upper limb traumas” were found, as well as superficial traumas due to “trauma”.

Read also: Lucio Dupuy’s autopsy revealed that he was a victim of sexual abuse

The last settled medical consultation it was March 23, also to Evita due to trauma. There he was diagnosed with “mallet finger”, a deformity in the finger that is generated by a bone fracture of the distal phalanx. In other words, the fractures that Lucio presented in December were never treated or taken into account by the mother and her partner. That day several studies were also carried out, including an X-ray of the elbow, forearm, wrist, hand and fingers, among other areas of the body.

“We don’t want them in San Luis”

A group of protesters marched this Thursday in demand of justice in front of the entrance to Unit 1 of the San Luis Penitentiary Service where the two women accused of the murder of Lucio Dupuy, the 5-year-old boy who were beaten to death in La Pampa, are being held.

With posters with inscriptions such as “Justice for Lucio”, “We don’t want them in San Luis” and “Not always the mother is the good one”, the protesters, who were summoned by social networks, they targeted the accused Magdalena Espósito Valenti; mother of the victim; and the woman’s partner, Abigail Páez. Both were transferred from the capital of the Pampas after the incidents that occurred at the 6th police station. from Santa Rosa, where they had been initially housed.

In addition, the San Luis Ministry of Security reported in a press release that “the province of La Pampa lacks a prison system of its own and that it uses federal agencies or those of other provinces, based on agreements previously entered into for this purpose, ”which motivated the transfer to the San Luis province.

On the other hand, for this Friday at 9 p.m., meetings were called in the squares of the entire province of San Luis to demonstrate in silence and, if possible, carrying candles and a white balloon each attendee. This methodology will be replicated in squares in different parts of the country.