Home
Entertainment
The ‘experiment’ of a young man who unleashes laughter on TikTok: “the definitive proof that the Earth is flat”

The ‘experiment’ of a young man who unleashes laughter on TikTok: “the definitive proof that the Earth is flat” 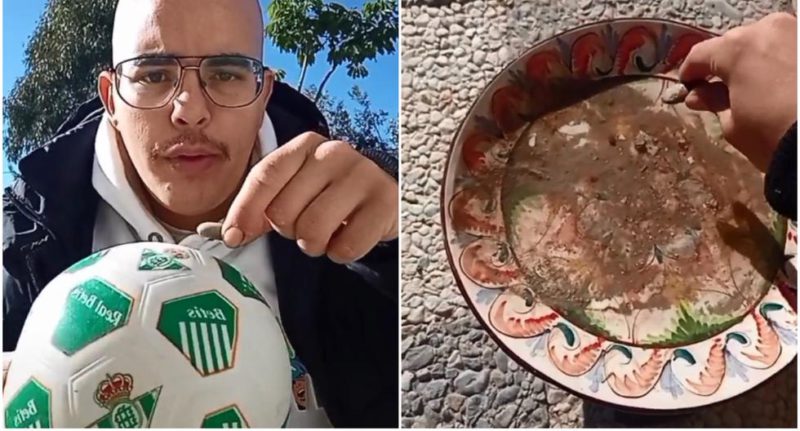 For a few days, it has been circulating in social networks a video starring a young Spanish man who shared a curious ‘experiment’ on social networks that would prove that our planet is flat and not round. The clip it has gone viral not only because of the ingenuity of the user when it comes to presenting his ‘work’, but also because of the seriousness he puts when explaining the reasons why, according to him, there is no way we can live in “a ball”.

“If this experiment does not open your eyes, I no longer know what can open your eyes”says the Internet user, identified as Cristiandelatierra, to add even more sarcasm to his video. For his experiment, he used a rock and a soccer ball. The rock represented an airplane and the ball the planet Earth.

“It doesn’t make sense, does it?”, says the young man, assuring that there is no logic in which if an airplane travels in the same direction as the planet, it reaches its sense “all at once.” He also said that if the plane goes the other way, it “never” would arrive.

Finally, Cristian says that this would not happen on a “flat” Earth. To demonstrate this, he uses a plate with soil and water, “to make it more realistic.”

The clip sparked laughter on social media such as TikTok and Twitter became a viral sensation. A large number of netizens asked if the protagonist was making a joke or if he was serious. “I prefer not to get them out of doubt, because those who are a little more awake realize the pull that it is joke”said the user in conversation with The Huffington Post.

“The purpose is precisely that those who realize it laugh and those who do not get stung. Is that on the internet people believe anything “added.