WandavVision is a thing of the past. Marvel Studios closed the broadcast of the Scarlet Witch series to make way for the first season of The Falcon and the Winter Soldier. As expected, fans have been shocked by the claims made regarding the Steve Rogers situation.

Let’s remember that in Avengers: Endgame, Captain America had the mission of returning the infinity gems to their respective timelines. He was expected to return just seconds after using Pym’s particles but he stayed in the past to grow old alongside his first love: Peggy Carter.

But really what happened to the character, has he died? In the series it is simply explained that he has officially retired, but is never seen saying goodbye. Some soldiers even believe that he has died.

However, the analytical eye of fans has discovered that the Captain America museum really explains what happened. One of the descriptions explains that he retired after those who vanished returned.

For this reason, Sam Wilson’s partner wonders if he really is dead or is on some secret mission on the Moon. His retirement does not seem to convince the general public.

Even the higher ups of the United States may still believe that he is still alive and fulfilling a mission with SHIELD in space. In the WandaVision series it was confirmed that Rambeau and Fury are in an off-planet base with the Skrulls.

In the #FalconandtheWinterSoldier Captain America museum, one of the stands describes how Steve decided to retire after the Vanished returned.

That makes more sense than faking his death, and explains why the army kid thought he was on the moon pic.twitter.com/ffg14UHmnY 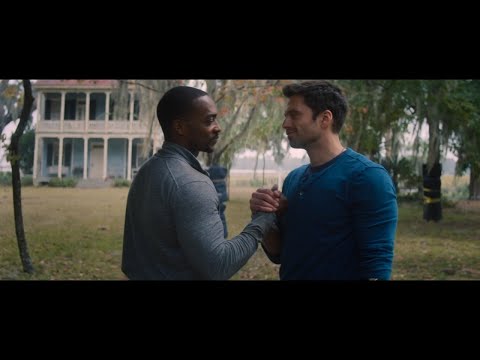 Who is the new Captain America?

Although Sam Wilson received the shield, he did not agree to take responsibility for the shield and left it in a museum with his other belongings. For now, Falcon’s concerns center on seeking a bank loan to repair his parents’ boat and thus revive his sister’s fishing business.

Read Also   The Elder Scrolls VI will be like Starfield, exclusive to Xbox and PC

However, the big surprise would come to the end of chapter 1: the United States government removed the shield from the museum to present the new Captain America. This new character has a different costume where an A is seen on his back and will be played by actor Wyatt Russell.

The big question is who is this character? Although there is not much information about it in the series, comic book lovers have already warned that it is US Agent, a successor to Captain America.

His real name is John Walker and he was featured in the 1986 Captain America comic # 323 created by Mark Gruenwald. Basically, it represents nationalism and not the patriotism that Steve Rogers initially represented.

In the filtered scenes of the shoot, this character has been seen brutally attack an enemy and finish him on the ground, something that Rogers would not have done. Walker got his powers from Power Broker and is now in his debt.

Under the slogan of “we need someone to inspire us again”, this new character was announced at the UCM.

Ginny and Georgia to Return with Season 2 Details Revealed