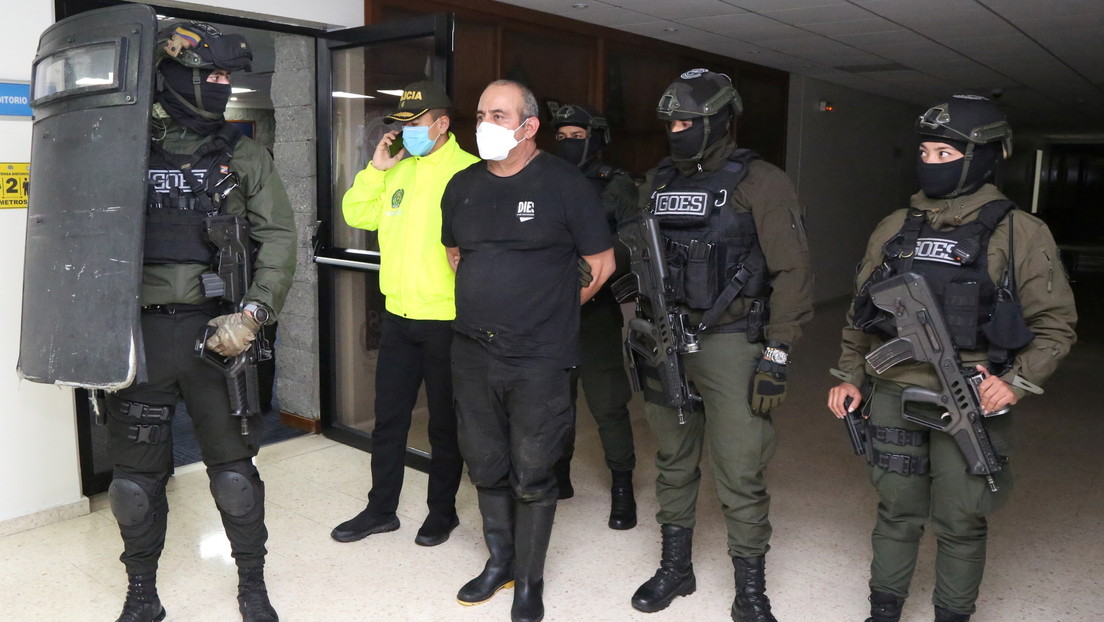 The fall of ‘Otoniel’ is not the end of the Gulf Clan: what about ‘Chiquito Malo’ and ‘Siopas’, the possible new bosses of the criminal group?

After the capture this Saturday of Dairo Antonio Úsuga David, alias ‘Otoniel’, the top head of the Gulf Clan, the Colombian authorities are already studying who could be the new leader of this criminal organization.

A possible candidate is Wilmer Antonio Giralda Quiroz, aka ‘Siopas’, which, according to the structure revealed by the Colombian Army about the Clan del Golfo, is the second leader in command.

Giralda Quiroz, 40, works as head of the structure known as ‘Jairo de Jesús Durango’, with more than 500 men under his command. Against him there is a blue circular issued by Interpol, and in Colombia he has a criminal association process.

#Otoniel I Both ‘Siopas’ and ‘Chiquito Malo’ appear among the 30 most sought after for the recruitment of boys, girls and adolescents, between these two leaders could be the successor of aliases ‘Otoniel’.https://t.co/1gcHYq2oM9pic.twitter.com/gAGDmDfbGz

‘Siopas’ has a strong impact in the department of Choco and is involved in the murder of several social leaders. In addition, he is accused of several attacks against the Public Force, which is why for several months he has been an important target for the authorities.

However, it is presumed that Jobanis de Jesús Ávila Villadiego, alias ‘Little Bad Boy’, is more likely to be the new leader of the criminal group.

“It is 90% certain that now the command of the Gulf Clan is ‘Chiquito Malo’, if he made the decision not to assume command, it would be assumed by alias ‘Siopas’ who is dominating the entire Southwest of Antioquia”, declared the NGO Corpades on Caracol Radio.

Who is alias ‘Little Bad Boy’?

According to the authorities, Ávila Villadiego, 44, has the confidence of ‘Otoniel’, since they have a career of almost 20 years of criminal life together. ‘Chiquito Malo’ left the Banana Bloc of the United Self-Defense Forces of Colombia (AUC) in October 2004, but continued to commit crimes alongside the Clan Úsuga, the name by which the Clan del Golfo was previously known.

‘Chiquito Malo’ has always been in front of the cocaine production and marketing activities in the organization, becoming one of the commanders of the structure that moves in the region of Urabá and the municipality of Turbo, in the Colombian department of Antioquia. Later he took over as leader of that substructure.

Against him there is a red circular issued by Interpol and a request for extradition to the United States, for the crime of drug trafficking. In Colombia, the authorities offer a reward of up to 500 million pesos ($ 133,000 approximately) for information that allows us to find his whereabouts.

Regarding the future of the armed group after the capture of ‘Otoniel’, the researcher of the Peace and Reconciliation Foundation, Esteban Salazar, He suggested that “there is not going to be a major organizational change on the part of the Gulf Clan.”Illegal economies will remainThey are even booming, “he commented.

For his part, the Minister of Defense, Diego Molano, pointed out that the Public Force will continue to dismantle the Clan del Golfo and is already on the trail of the two leaders.