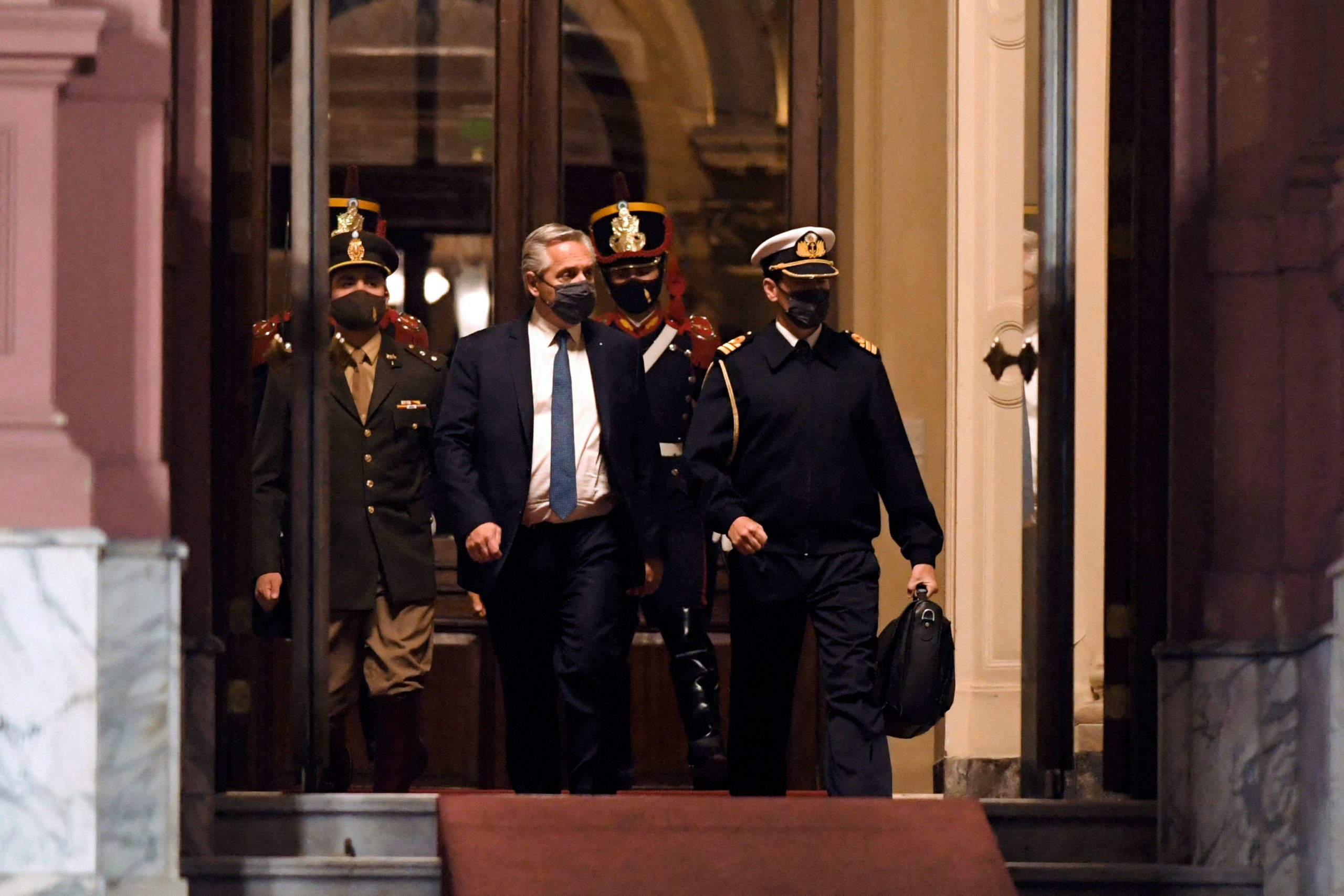 The open fight between Alberto Fernández and Cristina Fernández de Kirchner has Argentina paralyzed. One day after the resignation of all the ministers and senior officials representing the vice president in the Cabinet, the president published this Thursday a long thread on Twitter where he warns that it is he who makes the decisions. “The management will continue to develop as I deem appropriate,” he wrote, and “it is not the time to raise disputes.” The electoral debacle in the primaries on Sunday, in which the pre-candidates of the united Peronism lost in 18 of the 24 districts of the country, ended up catalyzing an underground crisis in the palace that conditions the government’s march, aggravates the economic crisis, frightens the voters and gives wings to the conservative opposition.

After the political earthquake on Wednesday, Argentina is now a spectator of the pulse of the two forces in conflict. The origin of the tensions must be found in Cristina Fernández de Kirchner’s decision to promote her former chief of staff Alberto Fernández as a candidate for president in 2019, with her as vice president. Sergio Massa, a leader who had defeated Kirchnerism in the province of Buenos Aires and who now completed the total unity of Peronism, joined that binomial. The strategy worked, and Alberto Fernández prevented the reelection of Mauricio Macri at the polls. But the tension between a president without votes but with formal power and a vice president without formal power but with votes weighed down the first two years of government. Until everything exploded with the debacle in the primaries of September 12, an election that chooses the candidates who will contest a seat in Congress on November 14.

The defeat ended the myth that “united Peronism will never be defeated” and strengthened the demands of Cristina Fernández de Kirchner for her dolphin to undertake a profound reform of the Cabinet. But Fernández preferred to wait for the legislatures, arguing that a change in the middle of the electoral campaign would only complicate things. On Wednesday, five Kirchner ministers and many other senior officials announced that they were leaving the government. The fracture was consummated, although Argentina always has nuances.

At the head of the list of those resigned is Eduardo ‘Wado’ de Pedro, Minister of the Interior, a man from the most intimate group of the vice president. De Pedro presented a letter of resignation that his spokesmen quickly distributed among journalists and social networks, but that never officially entered the Casa Rosada. Without that formality, the Kirchnerist stampede became a political gesture aimed at pressuring Fernández to remove the ministers that the former president does not want in the Government: the head of ministers, Santiago Cafiero, and the Minister of Economy, Martín Guzmán.

24 hours after the start of the crisis, the situation is as it was at the beginning: Alberto Fernández has barely moved chips and Cristina Kirchner has remained silent, at least in public. Her environment revealed that on Wednesday afternoon she called Minister Guzmán to tell him that it was not true that she was asking for his resignation. The call was confirmed by the Ministry of Economy. The move, strategic, tells the president that Kirchnerism will not be satisfied only with the Minister of Economy. When the tension escalated to the maximum in the corridors of power, a radio broadcast the audio of an ultrakirchnerist deputy ranting against the president. Fernanda Vallejos, an illustrious member of La Cámpora, the group controlled by Máximo Kirchner, Cristina Kirchner’s son, calls Fernández a “squatter and squatter” and considers him a “tenant” of the Casa Rosada who has squandered the votes in two years of the former president. “We all expected that Alberto Fernández’s sick person, Alberto Fernández’s squatter, on Monday at eight in the morning [tras la derrota electoral] he was holding a press conference at the desk with all the resignations on the table (…) Not only did he not do it, he does not want to do it, ”says Vallejos. According to this logic, the resignation of the Kirchner ministers was to force the changes that the president “does not want to make.”

Vallejos apologized for his words, which he considered “improper” and the fruit of the fervor of a private chat. However, they were brutal evidence of how one of the sides thinks that today Argentina is mired in uncertainty. The fight, still open, can only have negative solutions. If Alberto Fernández gives in to pressure, he is very weakened but keeps the coalition alive. If he does not give in, he strengthens as a leader but breaks the unity of Peronism less than two months before the legislative elections. The support it received from governors, trade unions and social movements does not seem sufficient for now to maintain the governance of a country that has been in recession for three years, aggravated by the pandemic.

In the midst of political instability, the specter of the crisis haunts and, above all, of external indebtedness. The Ministry of Economy sent a budget project for 2022 late on Wednesday that foresees a growth of 4% and an inflation of 33%, 15 percentage points less than expected for this year. The most relevant aspect of the Budget law, which must be approved by both legislative chambers, is that it does not contemplate capital payments to the International Monetary Fund (IMF) for the $ 44 billion debt contracted by Macri in 2018 and which is in renegotiation process. Economists fear that the disputes will complicate that dialogue, which is in the hands of Minister Martín Guzmán.

Argentina must pay the IMF this year two capital maturities amounting to 3.8 billion dollars. The first, at the end of this month, could be paid with part of the special drawing rights it received from the agency at the end of August.

Guzmán’s portfolio also foresees a primary deficit —without payment of maturities— of 3.3% of GDP by 2022 and a 30% depreciation of the peso. Each US dollar will be exchanged for 131.10 pesos, according to the Government, compared to the almost 103 pesos that are paid today in the official market (forbidden to savers) and the 180 pesos in the parallel market. The Budget 2022 bill is optimistic about the recovery of other key factors for economic growth, such as private consumption and investment, with projected increases of 4.6% and 3.1% respectively.

The real numbers of the Argentine economy have not coincided with those budgeted by the national authorities for years. For this 2021, the Government estimated an inflation of 29%, a figure that was reached in the first seven months. The last year of the Government of Mauricio Macri, the increase in prices more than doubled the forecasts. It was 53% compared to the 23% estimated in the official accounts.