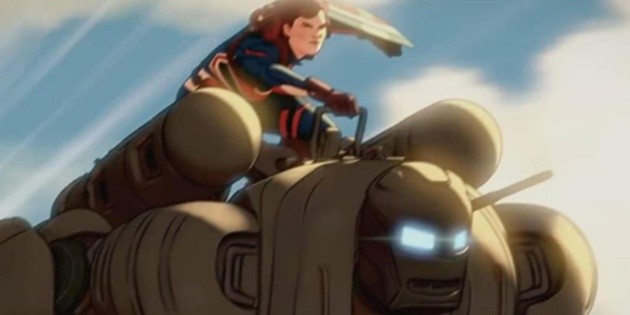 The first draft of “What If …?” featured Steve Rogers as a villain

We really came very close to seeing Steve Rogers like a villain within the Marvel Cinematic Universe. The creatives behind the animated show What If…?, of Disney+, they had the idea to use the original super soldier as one of the antagonists in the episode starring Peggy Carter. However, the idea was modified and the content of the first entry in this series took a different tack.

The program director, Bryan Andrews, he explained in an interview: “Early in development we came up with very crazy ideas”. In that way, the screenwriter A.C. Bradley developed the concept that became the show’s first episode: Peggy Carter take the super soldier serum. Do youSteve Rogers would be the villain in that scenario?

Steve Rogers could be a villain in “What If …?”


The Agent Carter has an important role within the Marvel Cinematic Universe, as one of the founders of S.H.I.E.L.D. next to Howard Stark. But nothing compares to his participation in the first episode of What If…?, by Disney+, where it acts as Capitana Carter, a female version of the super soldier who helps stop Red Skull and save the world from Hydra.

“She is a force of nature”, defined Bradley on the character. “With Capitana Carter It was our way of taking one of the best known moments of the MCU, The First Avenger, the beginnings of Steve Rogers As the Captain America, and give it a great twist. It is a story led by a woman. It’s very funny!“added the creative.

Finally what happened to Steve Rogers? The character’s good heart maintains his noble spirit in the series and presents him as a unique hero. An armor in the best style Iron Man makes him a powerful fighter for justice: Hydra Stomper. Indestructible, helps the Capitana Carter and the Howling Commandos, among which is his friend Bucky Barnes.