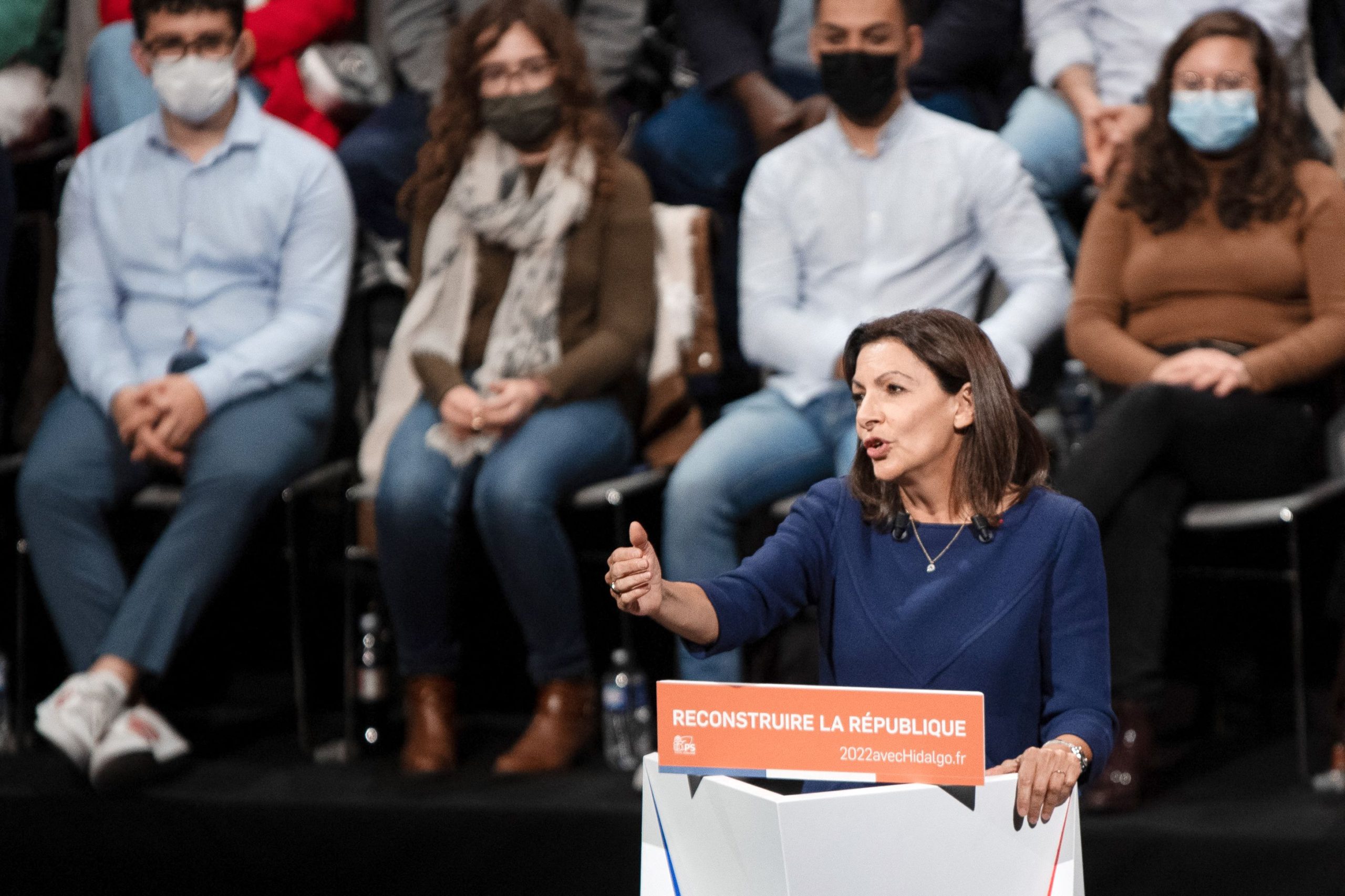 When the mayor of Paris, Anne Hidalgo, announced in September that she would be a candidate for the presidency of France, seven words were enough to introduce herself: “I, a French woman born in Spain …”

Hidalgo (San Fernando, Cádiz, 72 years old) is not the first political personality born in Spain to aspire to the head of State in France. Five years ago another French-Spanish of the same generation tried it: Manuel Valls (Barcelona, ​​59 years old).

Valls had been prime minister. He appeared in a primary in which the moderate left had to choose their candidate for the Elysee Palace in the 2017 elections. He lost. He left the Socialist Party (PS), which is still Hidalgo’s. He left French politics. He tried to be mayor in Barcelona. It did not succeed. A few months ago he returned to France.

Hidalgo, mayor since 2014, polls around 5% voting expectations for the presidential elections next April. This weekend, he tried to straighten out his battered candidacy with a speech to leaders and members of the PS in the city of Lille, in northern France.

The ex-socialist Valls was not president in 2017 and the socialist Hidalgo has a very difficult time in 2022. Both have something else in common. They are representatives of one of the latest success stories of foreign immigration in France: that of the children of postwar Spanish immigrants, exiles or expatriates who were born in France or arrived as children; they passed through the public school that was still an efficient factory for citizens and the fuel for the social elevator; and they became French by choice.

Valls, son of the Barcelona figurative painter Xavier Valls and the Swiss-Italian Luisa Galfetti, obtained French nationality at age 20; Hidalgo, granddaughter of a reprisal by the Franco regime and daughter of economic immigrants, at 14. They both share her with the Spanish. They grew up in France in the sixties and eighties, when the Spanish represented the first foreign population in this country. In 1968, in the heat of the migratory wave from Spain, they reached 607,000, points out the historian of immigration Natacha Lillo, daughter of Manchego and Breton.

Aquilino Morelle (Paris, 59 years old), the son of Asturians who adopted French nationality, was born French. His father was a worker at Citroën. His mother raised seven children and did not speak French. He reached the top: doctor, enarca (graduated from the ENA, the National School of Administration, where the French political and business elite is formed) and advisor to the socialist François Hollande when he was president of the Republic.

Morelle points out the commonalities between Valls, who is a friend of his, Hidalgo, and himself. The first is a Spanish origin –with the background of immigration but also anti-Francoism– that marked their convictions. “Being on the left was natural,” he says. “And from there to the socialist commitment there is only one step.”

The second point in common, according to Morelle, “is a very strong attachment to the Republic, since it allowed people like Anne, Manuel and I to study and follow a path by ourselves.” “This builds a temper,” he sums up.

The writer Lydie Salvayre (Autainville, 73 years old) belongs to the generation of Republican children of exile after the Civil War. “What I observe, if I compare with children from other immigrants, is that in the Republicans who took refuge in France there was a real desire for their children to integrate, to work well in school. There was pain, of course, but also gratitude towards the country that had welcomed them, and no hostility ”, says the author of Do not cry (Anagrama, in Spanish), a novel that in 2014 won the Goncourt Prize, the most prestigious of French letters. “The school of the Republic … What would have happened to me without it!”

A Hispano-French of the younger generation is Mickaël Nogal (Toulouse, 31 years old), a deputy from La República en March, the party of President Emmanuel Macron, and the son of an Extremaduran who arrived in France at the age of eight and of an employee municipal born in Toulouse of Spanish parents. “I have two countries. I was born in France, I am a deputy in the National Assembly, but I also feel Spanish because they are my roots ”, he declares. Something differentiates him from the generation of Valls or Hidalgo, children of Spaniards who made the decision to be French. He never had to claim to anyone that he was French. It was evidence. “I am more than saying: ‘Hey, I’m also Spanish’”, says the macronista deputy, who wears a bracelet with the red-and-yellow flag on his wrist. Nogal has written a book entitled The session is open (The session is opened). In the prologue, Macron writes: “There is something of a republican golden legend in the political trajectory of Mickaël Nogal.”

For the elders – Morelle, Valls, Hidalgo, Salvayre – the school was fundamental in their education as citizens of the Republic. Hidalgo writes it in a recently published book, A french woman (A French woman): “The daughter of an immigrant and the daughter of a worker, every day that passed I saw myself more as a daughter of France, because the school gave all the boys and girls who were in my situation a feeling of common belonging.”

Both Valls and Hidalgo are politicians who defend secularism and republican equality among citizens beyond creeds, origins or communities. There is something of nostalgia in his evocation of the school of his childhood. The question today is whether the school is, as then, a meritocratic engine, or if those Spaniards were among the last immigrants who could make a French dream come true that has ceased to exist.

“Nor should the panorama be overshadowed: it continues to happen, there are many young people of Algerian, Moroccan, Tunisian origin and others who perfectly become French,” Morelle claims. But he admits: “Maybe it’s more difficult now: the people, the stories, the countries, the traditions are different. Between Algeria and France there was colonization, decolonization, war. There are difficulties inherent to these countries. And Islam, which creates a transnational link. It makes things difficult, but it is not impossible. I, who am fully assimilated, tell you one thing: impossible is not French ”.