Home
News
The future of Green Hydrogen: Argentina has the resources to position itself globally but needs a lot of foreign investment to grow

The future of Green Hydrogen: Argentina has the resources to position itself globally but needs a lot of foreign investment to grow 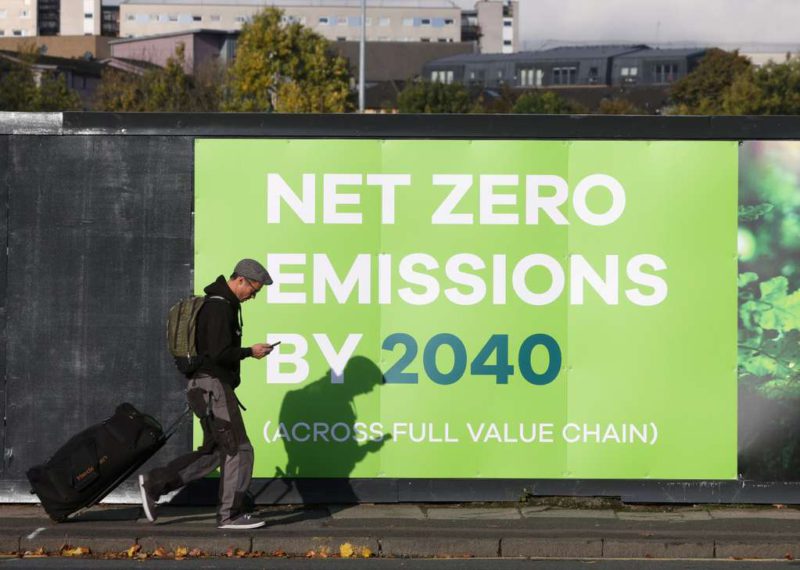 The production of Green Hydrogen in Argentina, announced this Monday by the government at the Conference of the Parties to the United Nations Framework Convention on Climate Change (COP26) in Glasgow, is a step forward in an industry with enormous potential in the medium and long term , they affirmed to TN two experts in the energy industry.

“It is a long-term project, it will take at least 7 or 8 years,” said the member of the Conicet board of directors. Miguel Angel Laborde, Emeritus Professor at the University of Buenos Aires (UBA) and one of the largest specialists in hydrogen technology in the country.

The government of Alberto Fernández announced investments by US$8.400 millones together with Australian businessmen to produce Green Hydrogen at the Sierra Grande mine, in the province of Río Negro. It is the largest iron mine in South America closed in 1992 during the government of Carlos Menem. The project plans to create 15,000 direct jobs.

In this way, it is expected to turn Río Negro into a world pole of Green Hydrogen export by 2030. The objective is to reach a production capacity of 2.2 million tons per year, which would cover an energy production equivalent to almost 10% of the electricity consumed by Germany in just one year.

Laborde, former vice president in charge of the Conicet presidency, said that “the powers that use coal to produce electricity and have to lower carbon dioxide are trying to buy Green Hydrogen in peripheral nations such as Argentina and take it to their countries.”

“Hydrogen is obtained from water. The minerals have to be removed and with electrical energy the molecule is broken into hydrogen and oxygen. But for this hydrogen to be green it has to be produced with renewable energy”, He indicated.

And he continued: “In Patagonia there is a lot of wind energy. Now we have to see what production of Green Hydrogen is needed and how many wind mills we have to put into operation and adapt the electrical network ”. For Laborde, this industry “has great potential. Argentina is the Latin American country that uses the most hydrogen in the chemical industry ”, he pointed out.

In that sense, he mentioned that it is used in refineries to produce resins based on methanol, steel and also urea for the field. “So there is experience in industry and science. There are people working for a long time on this issue, especially at the Institute for Scientific and Technical Research for Defense (CITEFA) and at the National Atomic Energy Commission (CONEA) ”, he indicated.

How much does it cost to produce Green Hydrogen

Laborde said that producing hydrogen today by electrolysis of water is more expensive than doing it through natural gas. “All over the world the industry that needs hydrogen to produce ammonia or urea uses natural gas as a raw material. That emits carbon dioxide into the atmosphere, ”he explained.

And he added: “Today, according to the International Energy Agency, depending on the prices of natural gas, the cost of hydrogen from natural gas is between 0.5 and 1.7 dollars per kilo.” But if clean energy is used, the cost rises to between $ 3 and $ 8 per kilo. But it all depends on the region in which it occurs and the availability of prices.

Luciano Caratori is a consultant and researcher specialized in issues related to energy and climate change at the Torcuato Di Tella Foundation. “It is a challenging project because Green Hydrogen comes to replace fossil fuels. As is a buzzword it is presented as a panacea, something likeput hydrogen in everything´, but there are specific applications that are more competitive than others, “said Caratori, former undersecretary of Energy Planning at the Ministry of Finance.

For the expert, “there are several factors that should be evaluated to analyze the project. First of all the resource, such as the quality of the winds, the capacity factor of the wind farm, the availability of water. But also the infrastructure to transport the product, store it or transform it into a different vector such as ammonia and eventually export it ”, he deepened.

At this point, he continued, “the cost of capital is very important and there we are complicated without foreign investment.” “So we are very good in resources, but to build a better infrastructure it is necessary to access investments. And in addition, adequate regulation is needed for that consistent development and long-term vision ”, he indicated.

Caratori said that “demand is also key” because “the resource is above the potential demand.” In that sense, he explained that on the one hand there is the domestic demand to replace fossil fuels, and on the other the export. “It seems that the potential export scale is larger than the domestic use scale. For domestic use it is necessary to replace equipment that uses other types of fuels ”, he specified.

And he concluded: “The potential that Patagonia has is enormous. This seems to be something that will stand out in the medium and long term, but it is important to arrive early to that medium and long term. Many of the cards are played today and it is very important to start moving in that direction and have a country strategy aligned with that.. If we can develop markets early it seems like good news that Argentina is one of the first to move in that direction ”.