“The Good Doctor” 4×17: Shaun and Lea must deal with the pain of their loss 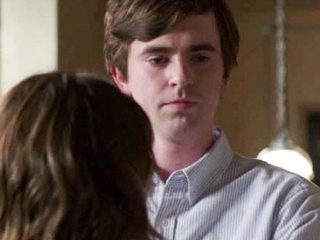 BEWARE, SPOILER ALERT. In the seventeenth chapter of the fourth season of “The Good Doctor”Dr. Claire Brown and the team must face harsh truths about the lines they are willing to cross when one of Claire’s idols becomes her patient.

‘Letting Go‘(4×17) begins with Shaun talking about the miscarriage statistics and Lea explaining that she is fine, that she only needs a few more days of rest, but when she is left alone it is obvious that she is still very affected by the loss of her baby.

While Murphy is in the hospital, Lea tries to keep busy, but when her phone runs out of battery and can’t find her charger, she decides to go back to work, where she is visited by several supporters.

This episode of “The Good Doctor”Ends with Shaun and Lea talking about their loss, she finally breaks down and Murphy hugs her.

Arite Hill, an older man with heart failure, comes to the ER as his doctor, Paul Nakano, orders some specific tests. Later, Marcus Andrews reveals that Nakano was his Chief of Surgery when he was a resident, therefore he is an eminence.

When Shaun notices that the patient’s feet are cold, he interrupts Park, Andrews and Nakano’s discussion to ensure that the latter made a mistake during the bypass and there is probably a tear in the aorta.

Although the doctors do not agree, the insistence of the patient after speaking with Murphy, forces them to carry out the necessary tests to clear up doubts. Everything seems normal, causing Marcus to get mad at Shaun and send him home.

Later, Shaun interrupts the procedure and after a brief discussion with Nakano, they realize the problem and find the best solution. In the middle of the operation Paul makes a small mistake, so once the operation is over he decides to stop the surgery because he promised himself that once he started making small mistakes, he would stop before making a big one.

“The Good Doctor” is starring Freddie Highmore Interpreting Shaun Murphy, a young surgeon with autism and sage syndrome at the fictional St. Bonaventure Hospital in San Jose, California. While fans of ABC’s medical drama can’t imagine anyone else in the title role, the truth is that the British actor initially turned down the project.

Producers of “The Good Doctor” they looked for Freddie Highmore To star in the series, however, the British actor turned down the lead role for one reason: He had spent several years starring in another show, “Bates Motel,” a dramatic psychological horror television series that ran for five seasons.