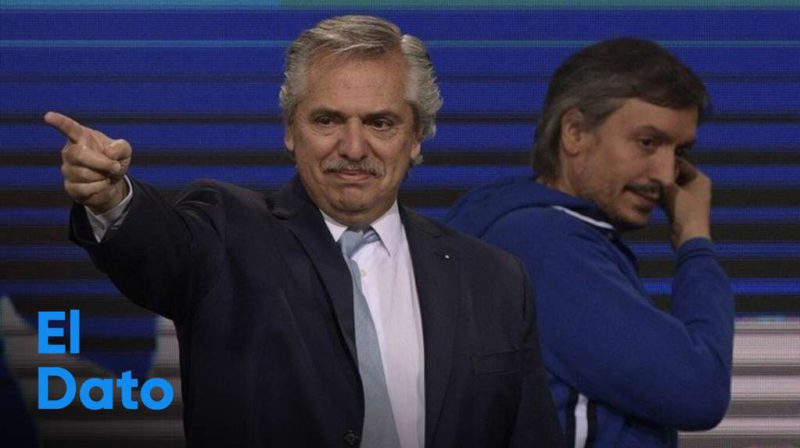 The event will be held on December 10 and will serve to empower Alberto Fernandez and send a message to Cristina Kirchner, who has long maintained strong differences with the President.

The Government prepares a great event for Democracy Day in which the head of state will return to regain centrality and be the only speaker.

Read more: Martín Guzmán resists the attacks of La Cámpora, investors and operators of the Stock Market in the middle of the negotiation with the IMF

The convocation is part, in turn, of an idea raised by the head of state himself after the defeat in the legislative elections and consists of having a more mobilized political force.

The event will once again empower President Alberto Fernández

The event will also be a kind of response to the letter from Cristina Kirchner in which she spoke of the negotiations with the International Monetary Fund (IMF) and stated that “The pen always had it, the President of the Nation has it and will have it”.

In that same text, the Vice President issued a harsh warning: “It is a historical moment of extreme gravity and the definition to be adopted and approved, can become the most authentic and true stocks of which one has memory for him developing and the growth WITH SOCIAL INCLUSION of our country ”.

If President Alberto Fernández has the pen, the act of December 10 will serve to empower him and demonstrate that he is in command of the Government for the remaining two years of his mandate.

The event, with a possible mobilization that would take place on December 10, could also serve as a possible platform for a celebration in the event that an understanding is reached with the international organization. Minister Martín Guzmán is leading these negotiations and in the next few days a delegation will travel to the United States to meet with the Fund authorities.

La Cámpora has long questioned the figure of the Minister of Economy Martin Guzman, whom they call the “debt minister” and who they point to a supposed fiscal adjustment to try to agree with the fund.

Beyond the position of Cristina Kirchner, the Government entered injury time to close a agree with the IMF to reschedule the debt of US $ 44,000 million that it has with the agency. Occurs at times when the reserves Central Bank international accounts are located below maturities that the country has to face until March, according to different economists.

In this context, the President of the Nation is angry with Maximum Kirchner. There was a discussion on the day of the election because the son of the Vice President wanted to suspend the act of November 17. “It is against La Cámpora,” argued the president of the Frente de Todos bloc in the Chamber of Deputies. The link has not been the best for a long time.

Katopodis himself acknowledged that Alberto Fernández’s management thinks the next two years with a greater presence on the street. “The Government and the President have made the decision, the need to have a more mobilized political force, with more presence in the street, more political and social participation. The 10th of December would be for all sectors, open, wide. Because it is what corresponds. There is a decision in the Peronism of a way out of the pandemic with a more organized political force and with more presence in the public scene accompanying the administration ”, he launched.

A source from the Casa Rosada ensures that the call will be open to all spaces. “It is the Day of Democracy, it is not a question in favor of the Frente de Todos,” he explains. However, if it is carried out, a strong presence of the ruling party is expected.

“There is also in the Government the conviction that these are important dates for Argentina and also mark a stage and a forward process where we have to regain participation, the possibility of going towards these 40 years of democracy that will be completed in 2023 ″ Katopodis argued.